In Praise of Puglia
(And Basilicata)

We’ve been singing the praises of Puglia for years, and it’s a matter of real pride at B&R that Puglia is now, for the sixth year in a row, our most popular European destination for our trips. (That says something, doesn’t it?) From my early guiding days at B&R and now in my role as a Trip Designer, I’ll forever have a place in my heart for Puglia (and its neighbouring up-and-coming region, Basilicata). Here are some reasons why it’s such a draw for travellers.

Welcome to the ‘Real’ Italy 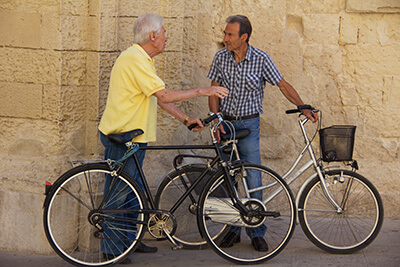 We always love to talk about the ‘real’ Italy of old. These days, it can be elusive to witness actual, unmanufactured moments of authenticity, but I promise you that Puglia and Basilicata still have it in abundance—and you’ll be a part of it. As we weave through the regions, we often go through loads of tiny little towns, so small they are barely even registered on a map. As you pass through any given town, you will see just how simply (and wonderfully) the locals live, in a similar fashion to how their forebears did.

For instance, you might see a large group of older gentlemen all sitting in the tiny piazza, drinking wine and whiling away their afternoon playing cards. Just men, with not a woman in sight. At this point, I’ll get the inevitable question from our travellers: “Where have all the women gone?”

Then, you might turn a corner, and you will see where the ladies of the households have gone: some of them perhaps dressed in black to indicate their widowhood—these parts of Italy are still that traditional—and you’ll see them rolling out the local pasta through a beaded doorway. These slices of everyday life are something you’ll feel privileged to witness.

Add B&R Travellers to the Mix… 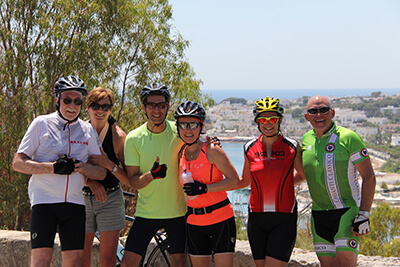 I have to say, when the two worlds collide—‘old world’ Italians with ‘new world’ B&R travellers, that’s when it gets fun (and a little crazy in the best possible way)! When we first started travelling to Puglia (it’s been nearly thirty years since we first set foot here), the locals just did not know what to make of us—sweaty spandex-clad travellers, looking quite like fish out of water in small-town Italy—but now, when we gear up for the busy season on our tours, the locals have come to know us (and, dare I say, love us!) over the years.

It kind of goes like this: I might walk into a local bar, filled only with the all-male patrons. The music stops, just like in a movie. Our guides will speak to the locals and we’ll buy a round, and the next thing you know…a traveller might be taking a photo with an octogenarian nonno, and he might just bring us over to his house, where his wife might be preparing that evening’s meal as tradition dictates!

These magical moments happen because they are still authentic to the region. And it happens because we still take our travellers to ‘real’ places, where the locals know us and let us into their lives, just as we, visitors, make ourselves open to theirs. This is the essence of the B&R way of life on our trips, as we journey the slow road together.

All the town residents on our routes know that a certain day of the week might be ‘the day’ when we roll through, and I know it’s something they get a real kick out of, year after year after year. (I might even be so bold to say that seeing and interacting with travellers is one of the locals’ weekly highlights—I can guarantee you that interacting with locals will yield similar results.) Puglia is where some of your best memories are made! 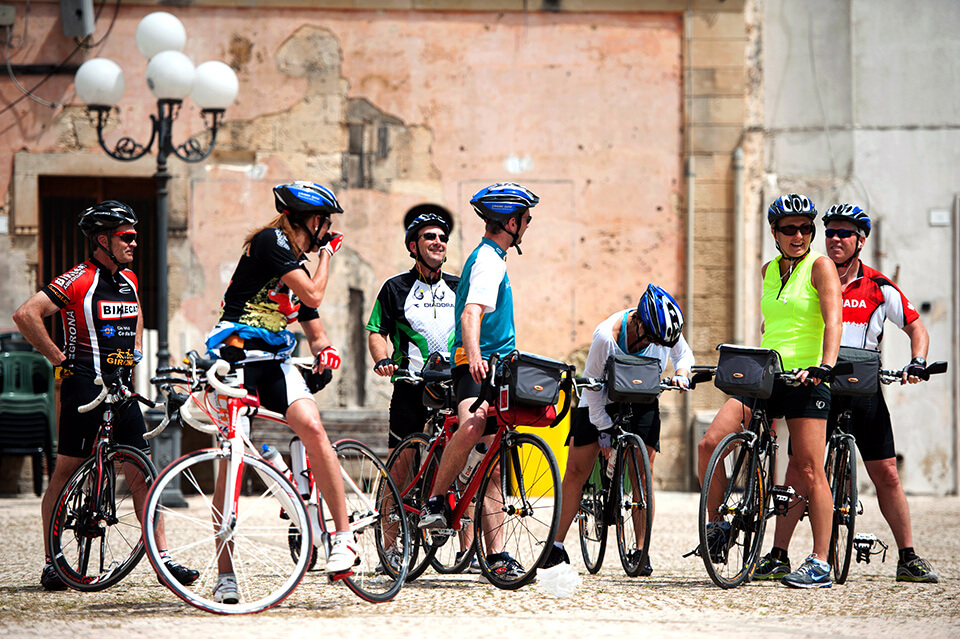 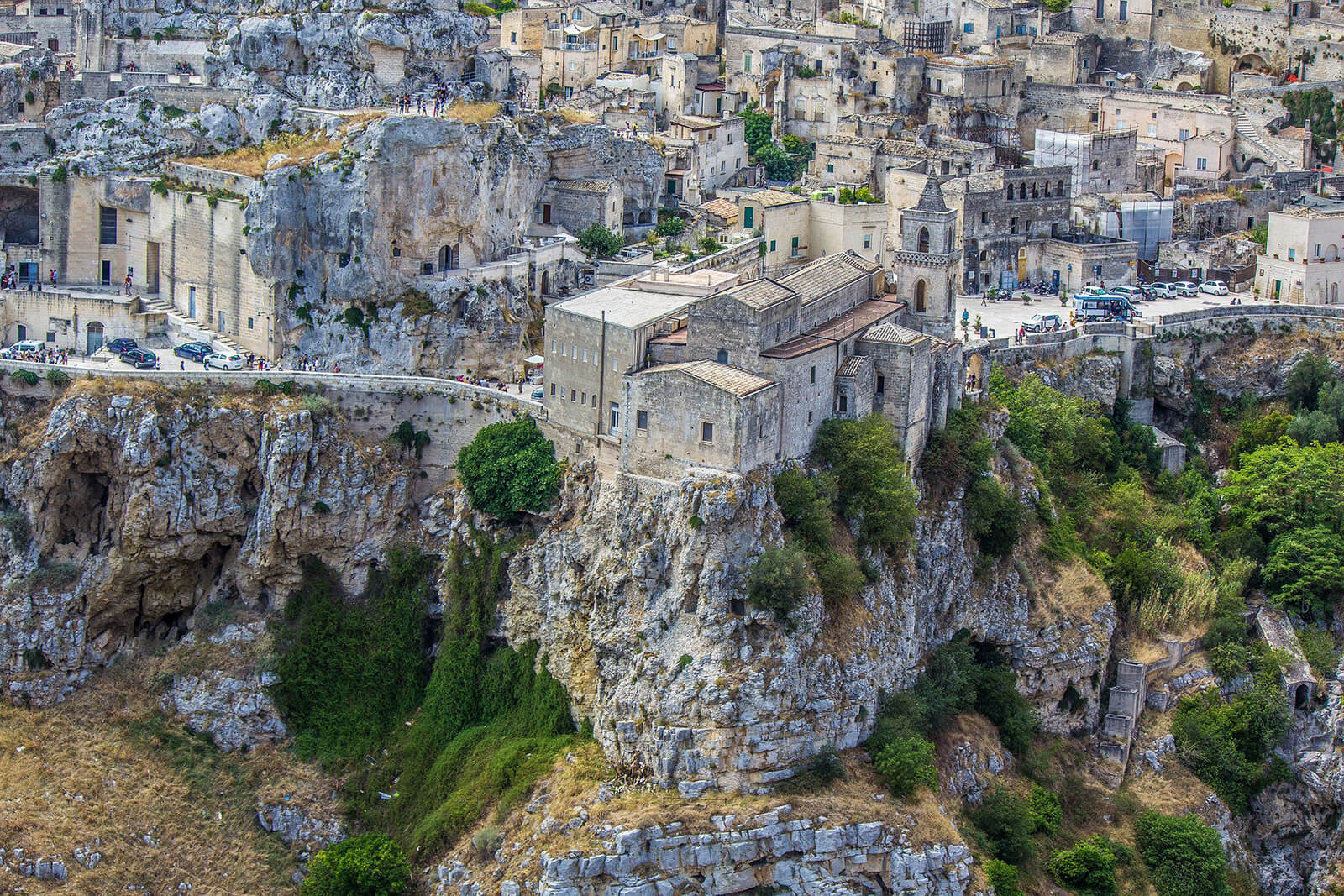 Basilicata: The Next Big Thing?

Don’t doubt me when I say Basilicata is up-and-coming. Its countryside features rolling hills to rival the famed Val d’Orcia of Tuscany without the crowds (or the name recognition—yet). Most tellingly, its fantastic town, Matera, the most well-known city in the region, has been crowned a 2019 European Capital of Culture. Brace yourself for lots of activities and special events, not to mention an influx of visitors. However, the region is still authentic and charming in so many ways. (I mean, just look at these pictures!) 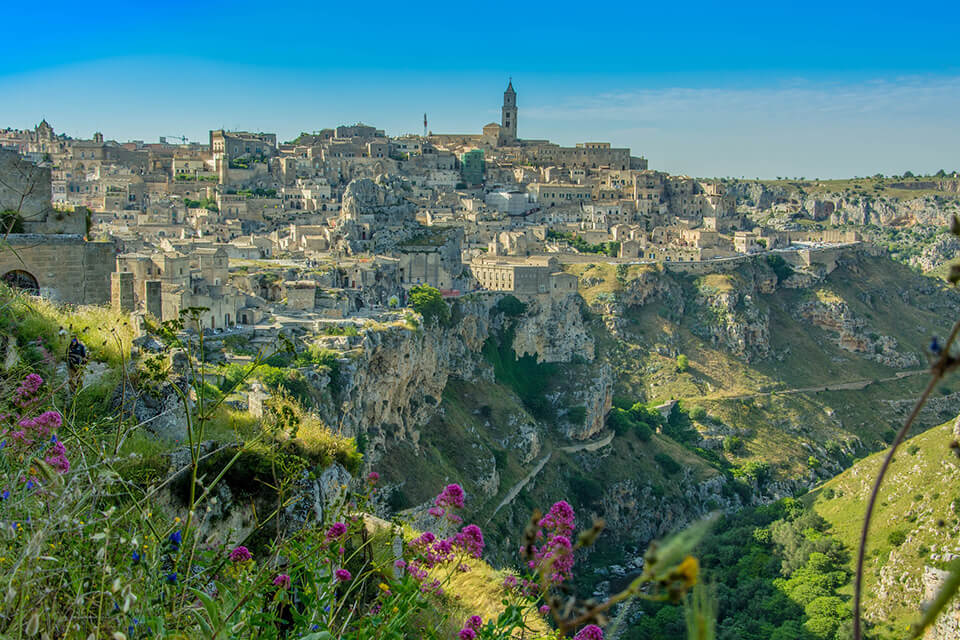 Matera: From Rags to Riches? 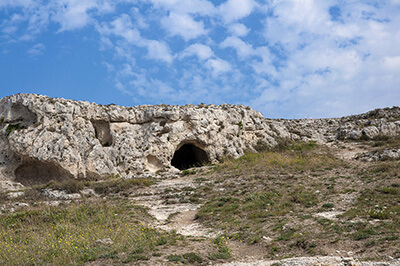 The story of Matera is a compelling one in itself: an abandoned, impoverished town on the brink of collapse (and eventual destruction), only to have been recognized as possessing potential by the Italian government. With an infusion of money, a UNESCO World Heritage Site designation, and immortalization of its visual appeal by filmmakers (most recently, it stood in for ancient Jerusalem in Mel Gibson’s The Passion of the Christ, as well as Themyscira, the home of the Amazons, in Wonder Woman, among many others), many more opportunities are coming Matera’s way. And with its status as a European Capital of Culture, the town is set for big things.

Once unfairly named ‘Italy’s shame’ for its cavelike structures—sassi— where its inhabitants lived in poverty, many of these subterranean structures have been transformed into wine cellars and five-star hotels. But don’t bemoan the loss of authenticity, as you will still see un-renovated sassi overgrown with grass right next to other spots that have been developed; you can see the layers of the past still shine through. This isn’t a cookie-cutter, overdeveloped town by any means.

The Best Time to Discover Matera

Matera is hardly ‘undiscovered’, though, as many day-trippers on tour buses make their way through the maze of streets, but my secret to enjoying the slower rhythms of authentic Italy is to savour the early mornings and truly gorgeous sunsets when the crowds are gone. And as we stay in Matera, it’s guaranteed that you’ll be able to enjoy an aperitivo like a local. The town is small and walkable, so there’s no worry of going too far on your urban ramble. You’ll soon find that Google Maps just doesn’t work here—the best thing to do is wander and let yourself get lost!

Psst: Puglia’s a B&R Favourite (It’ll Be Yours, Too)

This is an insider-y thing to mention, but if you ask any of our veteran guides who host our travellers in Italy, their favourite place to guide is Puglia! From some of our favourite hotels to the much-lauded (and deservedly so) southern Italian hospitality, B&R insiders know that Puglia (and Basilicata) is a place where lots of on-trip magic happens, and where some of your best travel memories will be made—come see for yourself.