Ever wonder what it’s like to race alongside international cycling superstars in an Italian Grand Tour? Now, a ticket to the Giro-E is all you’ll need to ride the “world’s toughest race in the most beautiful place.”…. on e-bikes.

In Italy, cycling is a type of religion. 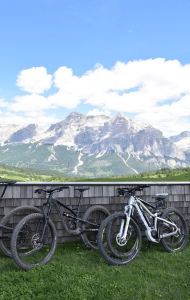 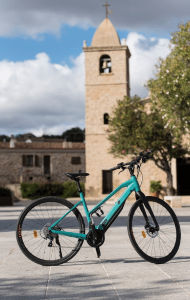 It’s a land where you’ll find bikes outnumbering the number of parked cars. Where you’ll see locals of all ages riding on two wheels from dusk ‘til dawn. And where you’ll feel the excitement surrounding its annual bike racing event—the Giro d’Italia—months in advance.

Following closely behind Tour de France, the Giro d’Italia is one of the cycling world’s prestigious three-week-long Grand Tours. Since 1909, Giro fans have been gathering around their television sets to witness the nation’s top cyclists embark on a gruelling race around the country. Whether riders are zipping through the twisting vineyards of Prosecco Hills or trekking up the scarped edges of the Dolomites, Giro d’Italia’s scenic route shines a spotlight on Italy’s incredible diversity and beauty—it’s easy to understand why bicycles have been synonymous with Italian culture for over a century.

For avid cyclists, the thought of participating in a Grand Tour like the Giro d’Italia—racing alongside elite athletes as echoes of the roaring crowd fill the air—has historically been reserved for that of a daydream. But as a company that’s in the business of turning dreams into reality, we had to find a way for our travellers to experience the thrill of it all for themselves. 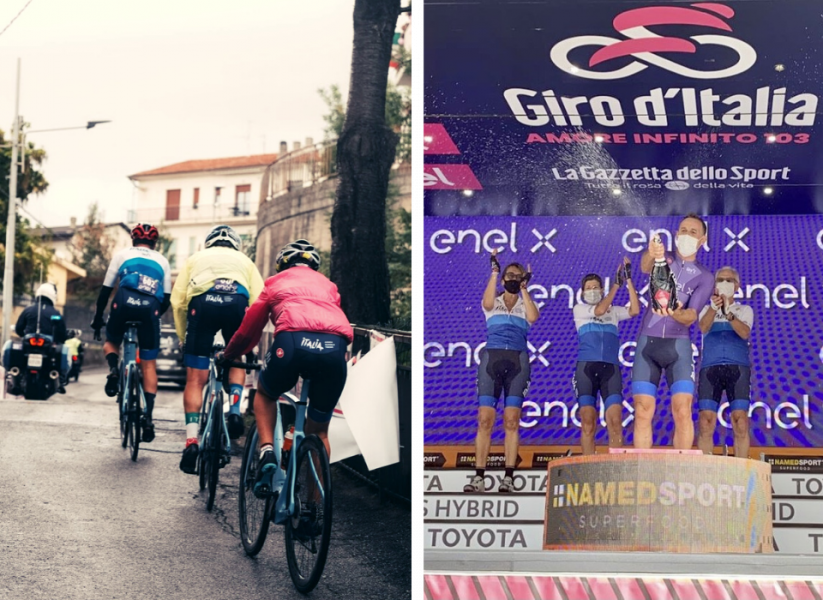 From the azure coastlines of Sicily and Sardinia to the twisting vineyards of the Prosecco Hills, exploring Italy is best done on two wheels. Discover the best of Italy on a Bespoke adventure, tailored just for you.

Thanks to the 2018 introduction of the Giro-E biking event, a golden ticket is all that’s required to live out your wildest cycling dreams. Giro-E, the only stage event in existence reserved exclusively for pedal-assisted e-bikes, is the brainchild of RCS Sports, the same organizer of the Giro d’Italia. The event comprises 18 stages ranging from 70 to 115 kilometres daily, along the same route, and during the same time the Giro d’Italia takes place. Best of all, it’s open to riders of all levels—from amateur cyclists to self-proclaimed pros; there’s a route and region perfect for everyone.

Veteran Trip Designer Georgia Yuill, our go-to expert for the Dolomites, had the chance to experience the Giro-E’s third official year in 2020, scoping out the circuit for future guiding endeavours. For Georgia, dropping into the Giro-E was like dropping into the Olympics and being allowed to run around the track ahead of the sprinters who are competing.

“For the amateur, it’s like stepping into the big game and being part of that,” Georgia said. “The Giro d’Italia is one of our annual major sporting events that people tune into even though they’re not cycling, like the World Series or the Superbowl. It’s an emotional event for Italians and the sport is growing everywhere around the world.” 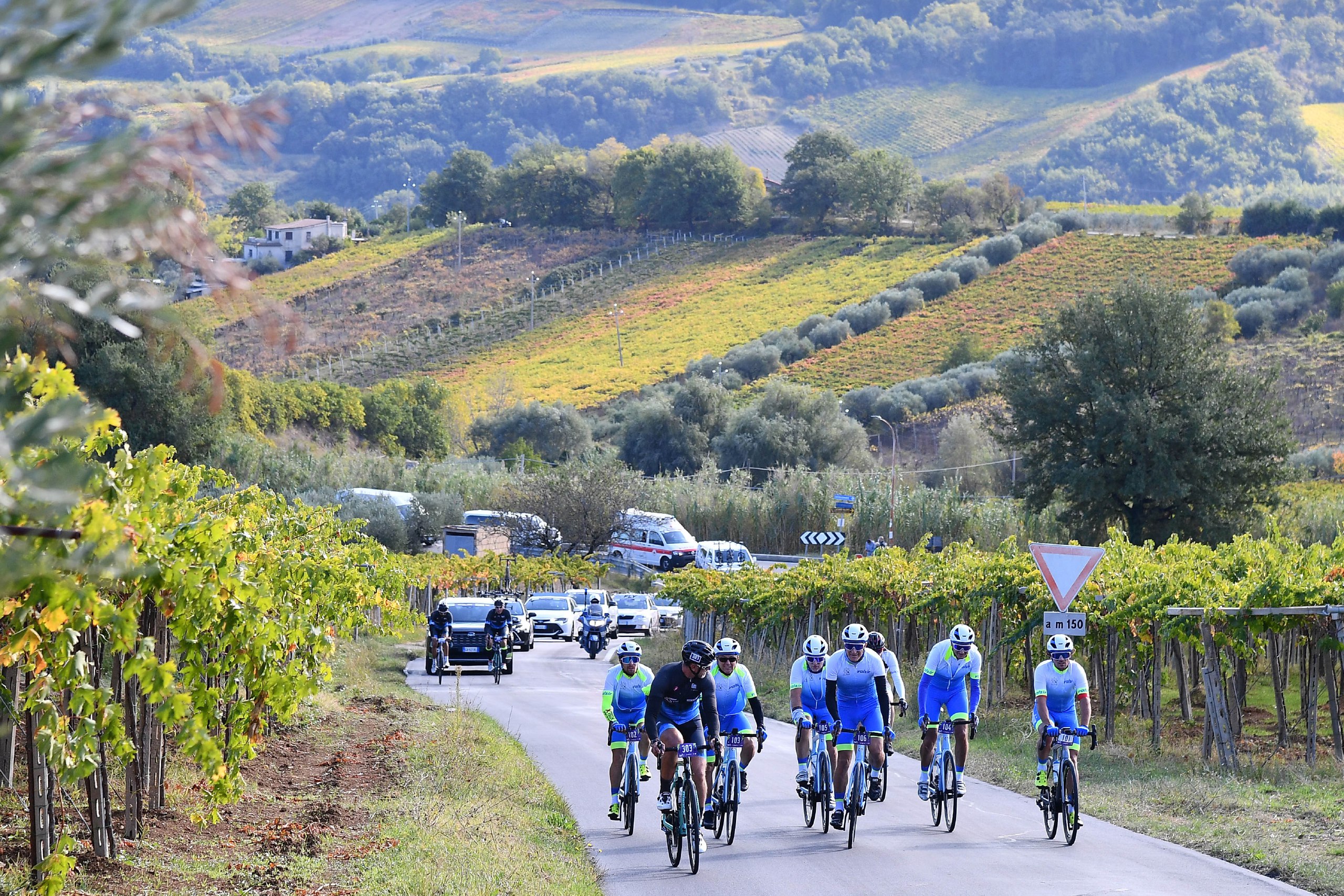 The (Bike) Path to Glory

The Giro-E’s 2020 regional sectionals comprised of six slots, with each slot passing through Italy’s bounty of contrasting landscapes:

“As the Giro-E, we’re advancing all of the professionals. We don’t start at the same point; we start further into the route,” she said. “By the time we finish our route at our pace, the Giro d’Italia racers come through and will cover the same final distance that we did.” 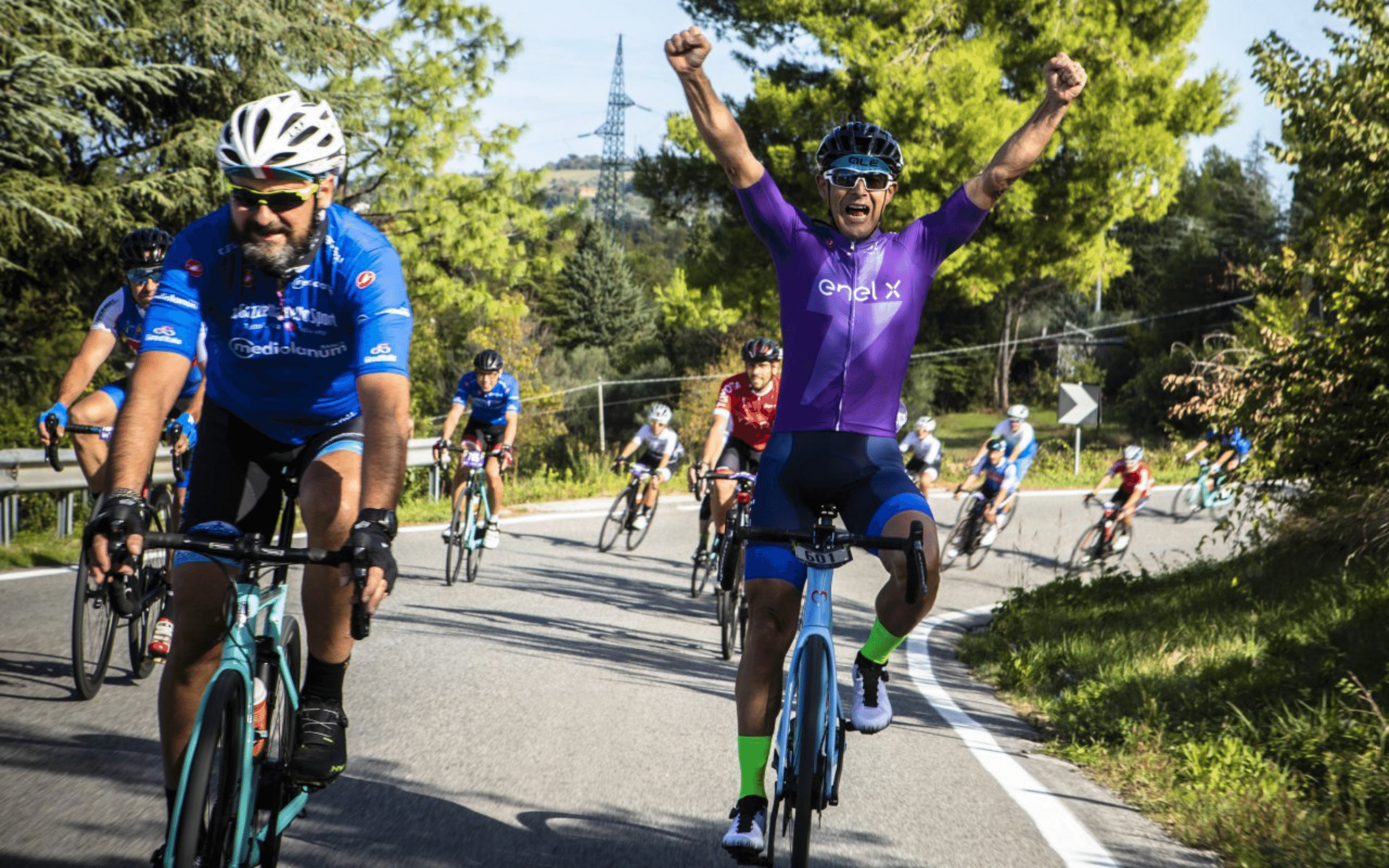 Georgia’s captain was Max Lelli, an ex-pro racer who lead the ENIT team to the most victories. Moreno Moser, also an ex-pro racer, was great support for her along the routes as he shared a wealth of technical racing tips.

“You’re riding with people who are very accomplished and captains who want you to be successful,” she said. “I certainly came off learning so much about cycling and the world that surrounds it. They’re very passionate, and you just get taken into the professional side of the event.”

Although the circuit comprises steep ascents up rolling hills, up the mountainous Dolomites and even up Sicily’s active Mount Etna volcano, the boost from the e-bikes provides riders with as little or as much assistance needed—you don’t have to be an elite athlete to race alongside one.

“Cycling up Mount Etna in Sicily was phenomenal. The Giro d’Italia racers were getting closer and closer….we had to get off the road so it wouldn’t conflict with their speed! We were moving at an accelerated speed the entire time, so going uphill is much faster,” she said. “One of the great benefits is that the road has been cleared for you. There’s a sensation that you can really allow yourself to go at maximum speed.”

This year’s Giro-E concludes at the end of May, but there are high hopes for those wishing to live out their Olympic dreams in the future.

“Every year comprises a different route, and so once we hear where the Giro d’Italia is racing, we can design our own B&R trip to move in parallel with it,” she said. “Dolomites stages are always some of the most exciting aspects of the Giro. We could design a pre-event experience on classic Dolomites routes, following which travellers participate in some stages of the Giro-E.”

Feeling inspired to take part in the world’s toughest race in the most beautiful place? Get in touch with Georgia to see how she can craft your adventure of a lifetime in Italy.