The Hidden Gems of Puglia 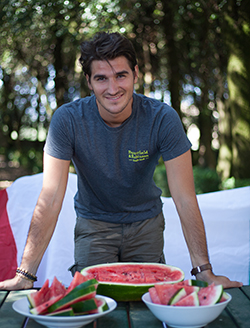 Having guided B&R trips for the past few years, I have so many fond memories of on-the-road moments with travellers, and it so happens that one of my favourite guiding memories takes place in Puglia. I was with my fellow guide Ernesto, and we were cycling with the group on our way to our next destination, but—as tends to happen in typical B&R fashion—we were running late after a leisurely break for a sprawling, picnic-style Italian lunch.

As we made our way to a railway crossing, the warning bell began to ring, and the protective barrier began to descend, putting a dent in our arrival time at our next stop. Ugh, I thought. We’ll have to wait a while until this train passes us.

A truck pulled up behind us and as it did so, I observed the driver, a worker from the nearby fields. In the back of the truck sat baskets filled to the brim with ripe cherries. (Here in Puglia, the region is nothing but farmland, filled with olive groves, estates, and farmers—nothing else for miles.) 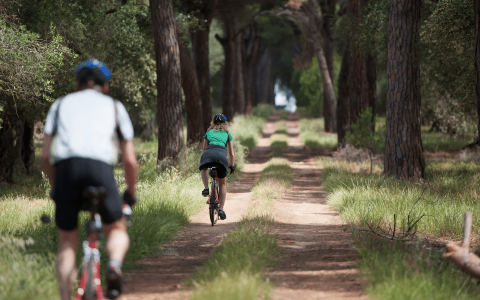 My travellers were idling on their bikes and beginning to get restless. I had an idea: I popped in the back of the van and retrieved two bottles of white wine, which the truck driver gladly accepted in return for a basket of just-picked cherries. Success. I passed the basket around to the travellers, who welcomed the distraction. As we whiled away the time, we began to have a long-distance cherry pit-spitting competition while the train passed for about ten minutes. Then, another train passed…at least we had the cherries to amuse us while we waited!

While guiding around my home country, especially in the region of Puglia, the southernmost region representing the tacco, or heel, of Italy’s boot, it’s essential for any visitor to understand the system of the masserie in the region, as these agricultural estates form a quintessential part of the landscape (along with the mysterious whitewashed trulli) along the coast from Bari to Brindisi. (Italian editor’s note: ‘masseria’ refers to a single estate, and ‘masserie’ is the plural form). 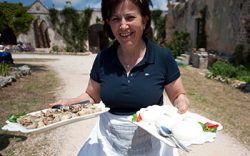 The word masseria means ‘farm’ in Italian and stems from the Latin word massa, meaning “fortified agricultural village.” The Latin definition is quite fitting, since these gorgeous farmhouses dotting Puglia’s coastal landscape are structured much more like castles. First built during the 16th and 17th centuries, these vast areas of land were initially gifted to the nobility under the feudal system.

These fortress-villages controlled vast systems of land, and the main houses were large enough to shelter the local population from frequent attacks, as the wealth of the region and its coastal location made it a frequent target for foreign invasions—Puglia’s coastline is the longest on the Italian peninsula. Despite their defensive origins, today, many of these masserie have been restored and converted into restaurants and charming hotels, helping to earn Puglia its well-known reputation for hospitality. 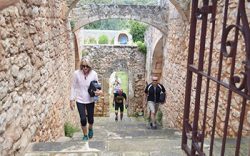 The Villa Massari, also known as Masseria Carestia, is one such place where we get to experience the very best of Puglia’s warm welcome. This private masseria, otherwise closed to the public, is open to B&R guests exclusively, thanks to the generosity of our longtime friends, the Massari family, and it’s here where you will really get to understand just how important the masserie were to the people in the region.

I’ve been here countless times with our travellers, who never fail to delight at the dramatic arrival we make when biking here, flying on two wheels under a beautiful archway, framed alternately by ancient stone arches and fragrant vines of wisteria. Its appearance is that of a typical masseria: high-perimeter walls for safety and protection, a large central courtyard, and a noble palace for the owners to reside in.

Although the Villa Massari today looks like the ideal Italian countryside retreat, Paola Massari, owner and descendant of the original inhabitants, says, “When in 1700, our ancestor Tommaso Massari decided to move to live in the countryside in the masseria, the inhabitants of Ostuni considered him eccentric, if not outright crazy! You see, the word carestia means ‘famine’ in Italian: in the past, the land in this area was considered very difficult to cultivate, but, our ancestor’s answer is engraved in the cartouche of the main house, where it says: “Iddio mi vede” – God is watching over and looking after me.”

This faith served Tommaso well, as the masseria became the central life force of the agricultural economy at the time, providing a livelihood for about 40 families who were staying in a nearby purpose-built village; the masseria also provided all the necessary foodstuffs to those living in Ostuni and in the counties of the surrounding area.

Finally completed in 1754, the Villa Massari complex has remained in the family ever since Tommaso moved in. This state-of-the-art agricultural complex was a self-sufficient, purpose-built community, equipped with every single necessity to help the population survive in the rural economy at the time. On-site kitchens and bakeries supplied people with a simple and wholesome diet; drinking water was stored in the deep cistern underneath the farmhouse.

The stables housed horses that provided draught work and pulled carriages. A chapel served as the spiritual centre of the inhabitants. And, the ‘liquid gold’ of Puglia, olive oil, was extracted from the estate’s century-old olive trees and pressed on-site. Fruit was grown in the orchard, and grapes from the vineyard were pressed in the cellar and fermented into wine in the huge barrels stored there.

Today, the masseria also houses the Massari family’s splendid collection of old carriages, one of the largest private collections in southern Italy, which showcases one of the greatest passions of Vincenzo and the rest of the Massari family, who compete in dressage competitions with their own team of Andalusian and Lipizzaner horses.

A Note on Olive Oil 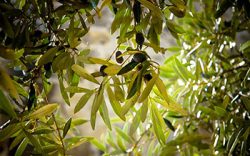 In a region that produces more olives and olive oil than any other in Italy, the olive tree holds an almost sacred status. A hallmark of Pugliese cuisine, the cultivation of olive trees dates back to before the Romans—although they were the first to commercialize it.

Around 1200 BCE, Basilian monks took on olive oil production, and the ports of Gallipoli, Trani, Brindisi, and Taranto became major centres for olive oil export. By 1550, olive oil commerce expanded to the point that the viceroy of Spain, Parafran de Rivera, built a road directly connecting Naples to Puglia. Exports from the region were so prolific that between the 15th and 16th centuries, 8.7 million litres of olive oil were exported every year to the city of Venice alone.

Between 1600 and the late 1700s, a combination of famine, plague and unstable politics sent olive farming into a tailspin; the southern part of the region, however, was able to rebound quickly thanks to ideal soil conditions for olive tree growth (calcareous rock, tufa and red earth). The area’s many natural caves also provided a perfect location for pressing olives.

Stay at a Masseria 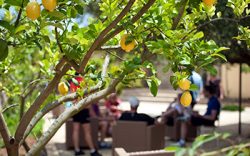 One of the many masserie that has been converted into a luxurious place to stay is the Masseria Torre Maizza. Its old tower overlooking the sea was originally a watchtower, built for keen-eyed sentries to scan the horizon for invaders, part of a line of defence all along the coastline, complete with a tower where messenger pigeons were kept to relay messages. Inside the fortified walls, pilgrims and monks would take refuge when under siege; the estate’s orchards and gardens would provide enough food to last the community through difficult times.

With an old mulberry tree overlooking the entrance, this charming masseria by the sea is an oasis among the olive groves with its 26 spacious rooms, a tranquil pool and panoramic rooftop bar. Aside from the splendid common areas of the main grounds, an Aveda spa is available for those seeking extra pampering, while in finer weather, visits to its private beach club are only a short shuttle ride away.

A native Florentine and all-round 'Super Tuscan', B&R guide Stefano, a graduate of political science and languages, has travelled extensively in Europe and North America, though his most recent adventure involved getting up close and personal with bears in the Yukon.