Puglia and B&R:
From Folly to Visionary

At the outset 13 years ago, when we began putting together the current iteration of our Puglia Biking trip, Puglia felt like a cutting-edge destination, unknown in the North American active travel market and little-known even within the ranks of B&R. What very few in our organization realized is that it was actually our second attempt to bring cycling adventures to Italy’s southeast, following a foray a full decade earlier that met with, well, let’s call it “considerably less” success. 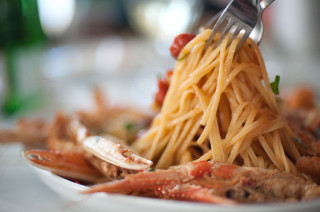 The year was 1989, and I was toiling as a mechanic in our Burgundy depot, when word arrived of a mysterious new trip in a place called “Puglia,” which was somewhere across the Alps, past Rome, and, for all we at HQ knew, at the gates of Asia. No one had heard of it, no one had any sense of it, no one even knew how to pronounce it. (It was “Pug-lee-ah” for months, until an Italian speaker set the record straight about the silent ‘g’ in that language—a revelation that redefined the words “imbroglio” and “Modigliani” for many of us. Few realize, even now, that there is an English translation of Puglia, “Apulia,” whose phonetic pureness would have spared the butchering of the name.)

In any event, the guides drove a full three days just to get to the region, a handful of hardy adventurers signed up, and Puglia Biking 1.0 was born. Sadly, it would not be long for the world. Though the first Gulf War and the recession of the day were factors, in the end, Puglia in the early ‘90s just wasn’t ready for B&R: the roads were poor and properties unremarkable, and despite the wonderful food and warmth of the local population, it couldn’t compete with the Loires and Dordognes of the world, or with emerging giants like Prague to Vienna, Ireland and Morocco.

“We learned not to assume people will only travel to established destinations, but to take risks on new and often unlikely places.”

Fast forward to 2013, and Puglia Biking is B&R’s top-selling trip, continuing a trend that began in 2000 when the region rocketed into the upper echelons of popularity on the level of more famous areas like Tuscany, Provence, and Burgundy. And in those echelons, it has remained ever since.

Yet our experience and history there speak volumes about our trip-planning philosophy. That is, we learned not to assume people will only travel to established destinations, but to take risks on new and often unlikely places. Sometimes we hit a home run, more often it’s an out, but the quest for the Next Great Trip energizes our planners and, we think, our travellers as well. When a resurrected Puglia trip finally took off at the turn of the century, that first failed attempt went from folly to visionary.

And by the way, to call that early foray a failure would be a subjective characterization. During his research, the planner of the trip, an intrepid Canadian named Matthew, met and fell in love with the daughter of the owner of the first trip hotel; to this day he lives there with her and their family.

The way he tells it, that “unsuccessful” trip was anything but, and Puglia was a winner from day one.