Replete with thatched cottages, long boats and the famed Intha rowers, on Inle Lake one gets a sense of serenity, observing a pace suggestive of how its inhabitants have lived for decades—and maybe centuries.

On its islands and along the shores live some 80,000 members of the Intha people, famous for their rowing technique. The shoreline is obstructed by floating gardens, framed to make canals (essentially functioning as streets). Due to this set-up, rowers have found it best to stand while rowing to see what is around the corner. Hence the unique technique you will witness in this area: rowers using one leg as a brace in the boat, as the other leg and arm are used to push and pull the long oar.

You may have heard of the famous floating markets, which usually move from village to village each day of the week. Since the increase in tourism, most markets have become a ploy for the locals to sell crafts to visitors, but they are still the best way to see locals buying and selling everything from food to clothes.

Intha people are great farmers, and they use the dredged freshwater eel grass and water hyacinth as the base for their gardens. Flowers, fruit and vegetables are grown on the lake.

From biking the lush countryside and strolling through ancient villages and spectacular temples, to floating along the current in a riverboat, on our Myanmar Active Expedition, we take in the country at a pace that reflects its gentle character.

The Intha and the Pa’O

Two of Myanmar’s many hill tribes are found in large numbers around Inle Lake. Intha means “children of the lake” and most Intha are found (unsurprisingly) around Inle. They speak a very distinctive Burmese dialect and are believed to have originated from Lower Myanmar many centuries ago.

The Pa’O is the second most populous ethnic group in Shan State. They are an important branch of the Karen ethnic group. Their main cash crop is the thanapet leaf, used for making cheroot, Myanmar’s traditional cigar. Pa’O men always wear black, and women wear a colourful (very often orange) turban. 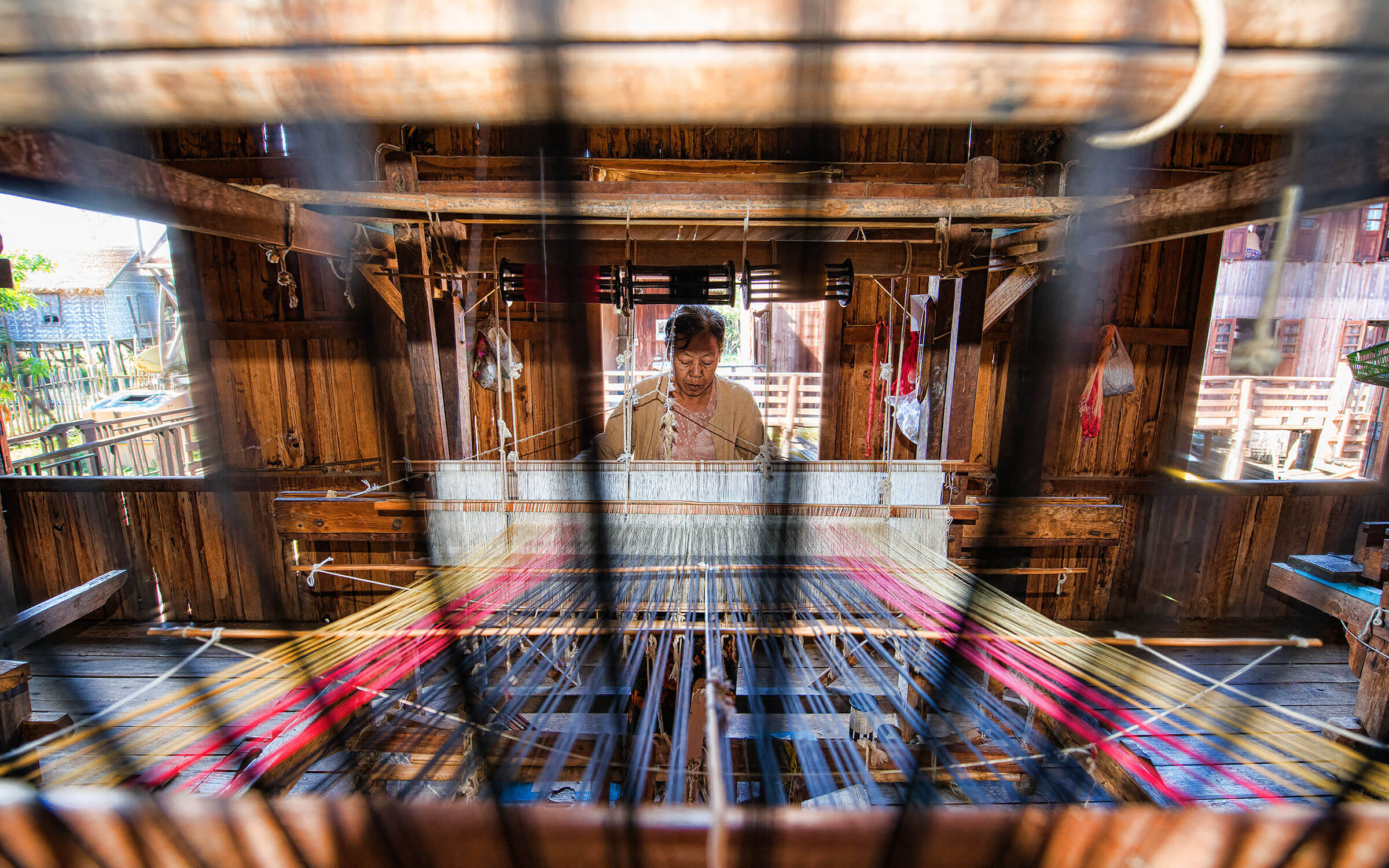 Some of the most distinctive Myanmar textiles come from Inle Lake. Super model Naomi Campbell was photographed a few years ago on a Milan runway wearing a Chanel dress made of Inle Lake hand-woven silk. The Asian weaving technique called Ikat is seen in many textile shops around the Lake. This pattern has become unique to the area since the Inle Lake weavers paint the colours they wish to use directly onto their threads; the final result is a soft watery edge to all the motifs since it is nearly impossible to match the threads perfectly to the pattern as they weave. The finished pieces tend to feature bright colours and geometric shapes.

Dane's worn many hats at B&R over the years. As a trip designer, guide, researcher and photographer, he's made a career out of making magic happen on all corners of the globe, from Chile and Ireland to Myanmar, Newfoundland and more.
View or Add Comments