In Deep:
A (Brief!) History of
Sonoma Valley

The name Sonoma is synonymous with indulgence and la dolce vita, marrying the spirit and passion of European epicurean culture with laid-back California cool.

This region is recognized globally for its wine, food and sun—not to mention the locals, who are so clearly and justifiably proud of their backyard.

With its vine-filled valleys full of wild flowers in the spring and colourful foliage in the fall, Sonoma has one of the most beautiful landscapes in the continental US.

The Ironic Symbol of California’s Founding

Sonoma is where the first state flag of California was raised, on June 14, 1846, by a band of armed men who rode into town, imprisoned General Mariano Guadalupe Vallejo, and declared California’s independence from Mexico.

For the next 25 days, Sonoma was the capital of a sovereign nation called the California Republic. On July 7, the United States formally annexed California, and two days later the Bear Flaggers gladly struck their colours and ran up the Stars and Stripes.

A little more than half a century later, a slightly modified version of the bear flag appeared again on flagpoles throughout California as the official state flag. There is some irony in the fact that the grizzly bear that symbolized the momentous rebellion is extinct in California—though its spirit lives on.

Jack London and The Valley of the Moon

Legend has it that the region’s native people called the Sonoma Valley the “valley of the moon” because, from certain sacred places, the moon appears to rise and set seven times behind the peaks of Mayacama Range.

Jack London, one of the valley’s great literary voices, adapted and immortalized the name as the title of his 1913 novel The Valley of the Moon. “I realize that much of California’s romance is passing away,” London told an interviewer in 1910, “and I intend to see to it that I, at least, shall preserve as much of that romance as is possible for me.”
He acted on his words, protecting the magnificent wilderness on his vast Sonoma Mountain ranch, now the centrepiece of the Jack London State Historic Park.

Sonoma’s other great literary voice, MFK Fisher, was London’s opposite in sensibility and style. Writing in her Glen Ellen home half a century after his death, she called him “touchingly uncouth.”

Yet she shared his love of Sonoma Valley. “The air is mostly dry and sweet where I have chosen to stay,” she wrote in a 1980 essay.

“During the rains it is soft with seasonal perfumes of meadow grasses and new leaves. By mid-April the cows are back from their winter pasturage, usually heavy with imminent calvings, and they tread down the volcanic ash that makes up much of this valley’s earth, sometimes three inches deep and sometimes thirty feet.” 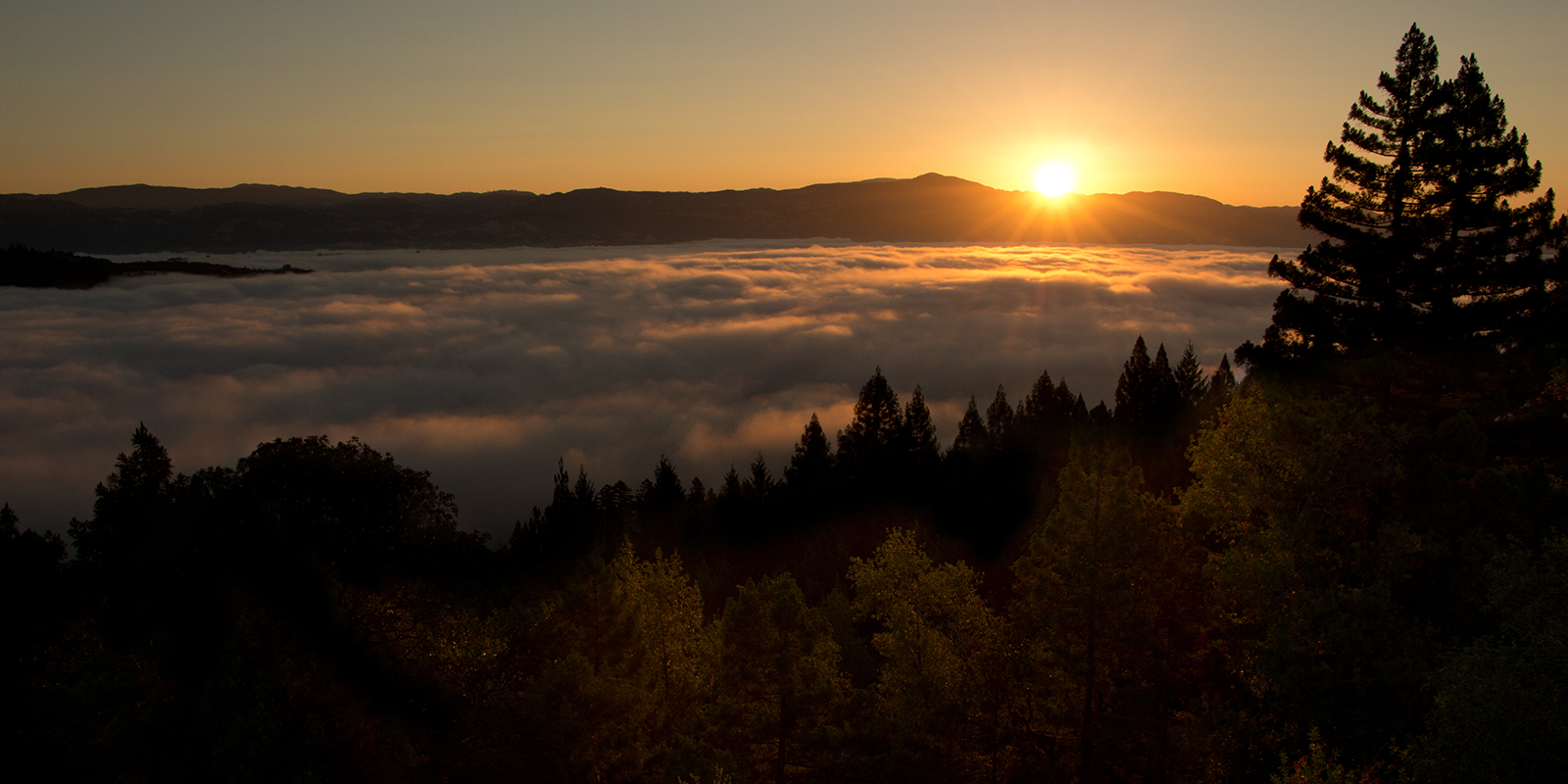 The Geography of Wine

California’s commercial wine industry was founded in Sonoma in 1857 by a friend of Vallejo’s—the enterprising Hungarian nobleman, Count Agoston Haraszthy.

Visitors entering the interior of Haraszthy’s Buena Vista Winery (which still stands today) on a eucalyptus-scented day can easily imagine the two old friends sitting together with a pitcher of Sonoma wine fresh from the cask, discussing arrangements for the double wedding of Vallejo’s daughters to Haraszthy’s sons.

A Perfect Climate for Wine

The modern wines of Sonoma Valley are no doubt better, and certainly more diverse, than in Haraszthy’s time. But they still express the unique combination of volcanic soils and a remarkably temperate maritime climate. 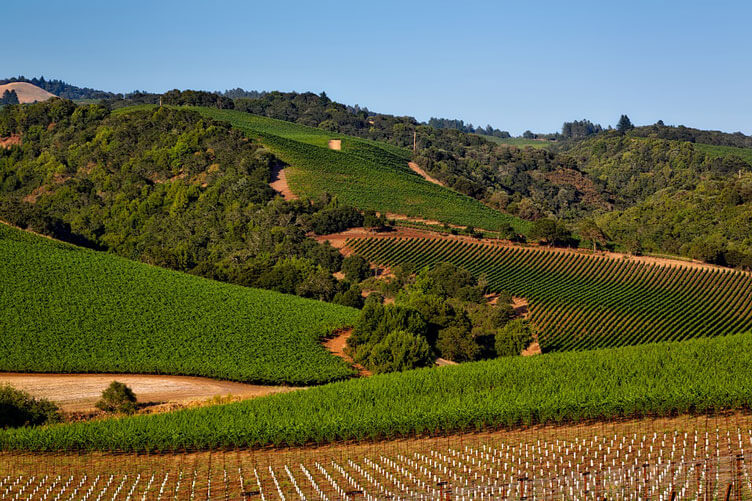 Sonoma Valley is a particularly favoured nook in the coastal landscape, basking in the sun yet cooled by ocean breezes that allow wine grapes to retain a certain liveliness as they ripen slowly and evenly.

Sonoma Valley is not a grape monoculture; the remarkably diverse geography has room for cattle, horses, bees and orchards, as well. For wine purposes, the Sonoma Valley appellation is defined by the drainage of the modest Sonoma Creek, which originates in the Sugarloaf Ridge State Park highlands east of Kenwood, meanders across and down the valley along the base of Sonoma Mountain, and enters the San Pablo Bay Southwest of Sonoma. Within its boundaries are two smaller appellations—Sonoma Mountain and part of Carneros. 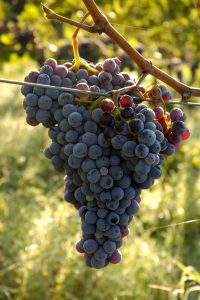 “Carneros” means sheep in Spanish, but the closest you will get to an actual carneros in this district is in the form of sheepskin seat covers sold along the highway.

For all the faces within Carneros, the single visage it presents to the rest of the world is that of a fine wine region, and rightly so.

It is simply one of the best-defined wine districts in the country, with a proven viticulture identity that stakes its reputation on an ideal match between the terroir and primary grape varieties.

Chardonnay and Pinot Noir in particular have been associated with Carneros since the beginning of California’s modern fine-wine movement.

Vineyards have been planted with clones selected for their low yields and balanced ripening, while winemakers have continually refined their methods to produce fine, concentrated wines.