Most Over-The-Top Spots
to Snap the Rockies 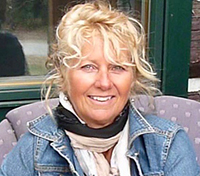 Right off the bat, the Canadian Rockies has always been recognized by its earliest inhabitants (and subsequent visitors) as a truly magnificent, awe-inspiring place of natural beauty. From its earliest days in the 1880s, it was built up as an international tourist attraction by the Canadian government.

Following the completion of the Canadian Pacific Railway around that time, a steady stream of tourists arrived at its purpose-built hotels, resorts, and natural hot springs. To this day, the beauty of the Rockies continues to draw folks from all corners of the world! 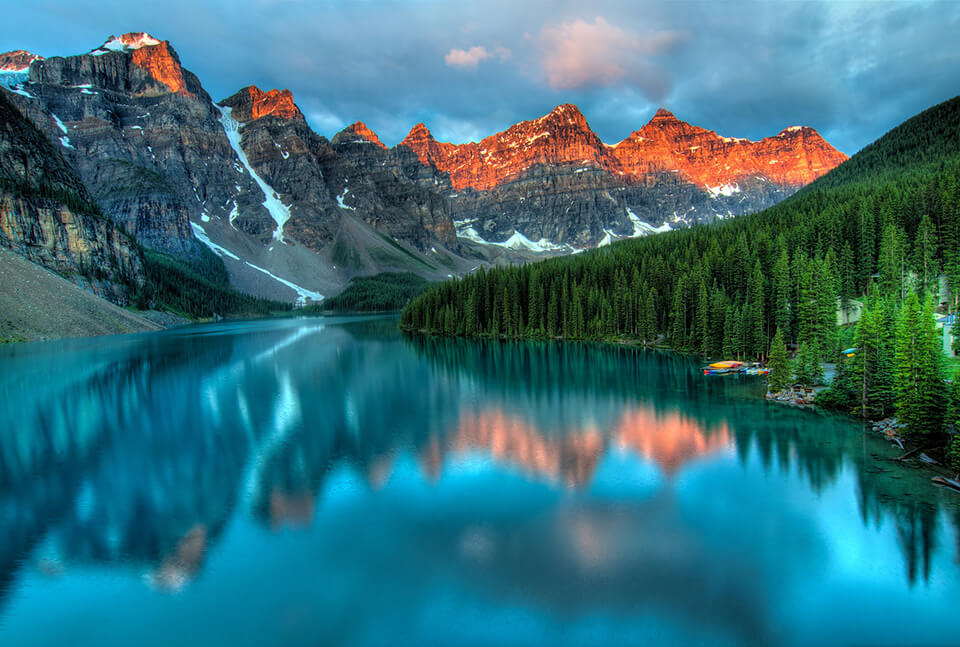 That being said, the Rockies are a gorgeous backdrop for any of your photos, with very little need for filters or excessive Photoshop wizardry.

No matter the time of year, chances are, you’ll find a great angle or a beautiful scene to document. With that in mind, here are the best places where you can showcase your vacation photos to great effect.

Many of my favourite spots are within Banff National Park:

There’s a reason why Peyto Lake inspires so many people to grab their cameras or phones: its bright turquoise hue and shapely contours are truly picture-perfect.

For the best views, make the hike to Bow Summit, easily accessible from the Icefields Parkway. (For the record, the lake is named after Bill Peyto, a pioneer and early park warden at Banff National Park.)

See (And Shoot!) For Yourself

Immerse yourself in an incredible (and incredibly photogenic) winter wonderland on our Rocky Mountain Winter Expedition trip, where the best time of year means snowshoeing, ice treks, dog-sledding and rustic, cozy mountain lodges.

You’ll find this iconic site in the Valley of the Ten Peaks, accessible from hiking trails. As seen on the Canadian $20 bill, this is one of the most-photographed spots in all of Canada!

The best time to see it in its full display is in the summer months—middle to late June, when glacial silt is at its peak, and the colours reflect most brilliantly.

Mercifully, there’s nothing else on the pristine lake other than the grand hotel, Fairmont Chateau Lake Louise, built at the turn of the 20thC in the early days of the tourism boom, making for dramatic photos (or simply a scenic spot for afternoon tea).

Deep in the Bow River Valley, catch the glassy reflection of the waters and marvel at the crest of Mount Rundle looming over the horizon.

You might capture the fleeting moments of early sunrise, candy-coloured sunsets or even the promise of the Northern Lights in the winter months.

Located within Banff National Park, these peaks resemble a majestic castle and owe their appearance to the erosion of different striations of rock layers.

It was once named Mount Eisenhower from 1946-1979 until officials heeded to public pressure. Nearby is an ex-silver mining settlement, as well as a former internment camp where Ukrainian immigrants were held during the First World War as ‘enemy aliens.

The surface of Minnewanka is indeed beautiful, but it’s under the water where you’ll find some sunken treasures: an old resort village dating from 1888 was submerged with the damming of the lake, a favourite with scuba divers. There’s also an opportunity to capture characteristic Rocky Mountain wildlife on your camera if you look hard enough for elk, deer, mountain sheep, and even bears.

The sheer drama of the mountains rising improbably above the cozy town makes a perfect frame for any photo, with eager bystanders often standing in the median for the ultimate ‘I’m in downtown Banff!’ shot. Stroll the historic buildings and the cute main street on Banff Avenue, with all manner of coffee shops, restaurants, bars and shops to explore.

Anywhere along this highway (from Radium to the entrance of Kootenay National Park) holds some of the most sweeping views, but some of the best are by the steep sandstone cliffs around the Radium Hot Springs—they really pop in photos.  As you drop out of the canyon walls and into the broad glacial valley of Kootenay National Park, watch for a viewpoint to your right that is among the most dynamic selfie spots in the Rockies!

Highway 22 from Cochrane south through Black Diamond, also known as the Foothills Highway, is another huge photo destination. With majestic Rockies peaks to your right and rolling ranchland to your left, anywhere along this highway is worthy of a photo op. 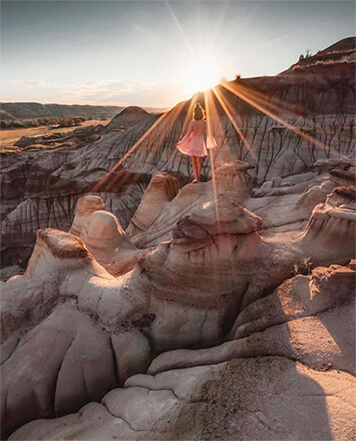 Deep in the badlands of Alberta, within the Red Deer River Valley lie some seriously sculpted rocks. Mushroom-shaped hoodoos, canyons, and rock walls will make your photos stand out from the rest. Head to the nearby Royal Tyrrell Museum for its massive collection of over 130,000 dinosaur fossils.

Simply stunning year-round, the wide-open skies of Waterton Lakes combine with soaring mountains and seemingly endless stands of pine trees—along with prairie grasslands. You’ll find the deepest lake in the Rockies here, along with a bison herd. Waterton is also one of Alberta’s windiest places, with winds whipping up to 100 kilometres (62 miles) an hour—it’s also one of the warmest places in the winter, thanks to the mild chinook winds. 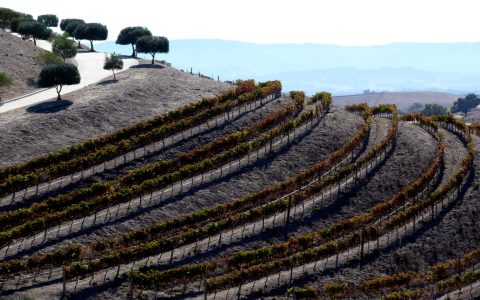 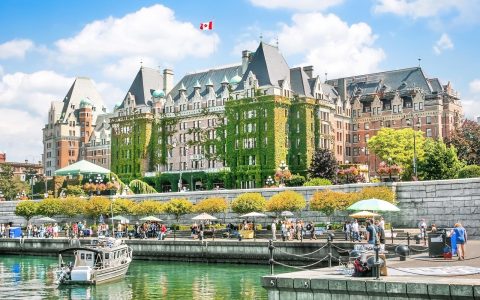