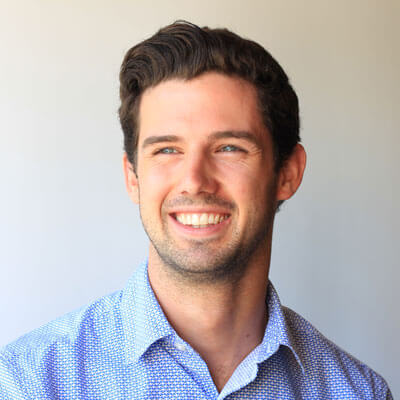 Where were you when Tigers Woods completed the greatest comeback in sports history?

At a bar with friends? At home, watching on your big screen? Alone in your basement man cave while hiding out from the world?

Wherever you may have been, I can confidently say I have you beat: I was one of the lucky patrons at Augusta National that was fortunate enough to be there to witness sports history at its finest.

Growing up in a golf-loving household, I was both playing and watching golf from a very young age. As such, my family looked at The Masters as a “holy week” of sorts, with Masters Sunday being Christmas morning.

Over the years we have experienced some truly exceptional and special sporting moments at The Masters. From watching our fellow Canadian icon, Mike Weir win The Green Jacket in a playoff back in 2003, to seeing Bubba Watson’s heroic wedge from the trees that helped him take the title in 2012.

Despite all the great moments over the tournament’s 85-year history, the 2019 Masters Championship played host to what is, unquestionably, the greatest golf moment of all time.

If you talk to anyone who has been to The Masters, chances are they will describe the event as something that is truly special, unique and stands in a class on its own. You’ll hear about the pimento and cheese sandwich they got for $1.50, or how the fairways look like carpets, or that the TV doesn’t accurately capture the severe elevation changes throughout the course.

Commune with Greatness at Augusta

Want to get up close and personal with golf’s greats and experience Sunday at The Masters Tournament? Find out how B&R can plan a Bespoke Masters adventure to the hallowed ground of Augusta National.

They will also tell you the lengths to which they went to acquire a ticket to such an exclusive event, or what it was like to spend a full day separated from their phone, relying only on word of mouth and manual scoreboards for updates.

But only a select handful can tell you exactly what it’s like to experience the deafening “Tiger roars” at a level never-before-heard on a golf course. Or what it is like to hug and high-five strangers when Tiger birdied the 16th hole, vaulting him two strokes ahead of the pack with just two holes to play.

They probably can’t tell you what it is like to have a golf course full of patrons all cheering for one player to win, or what it’s like to experience absolute silence from thousands of fans as the greatest golfer of all time stands over his putt.

Only someone who attended the 2019 Masters can tell you about what it was like to watch the greatest moment in golf history unfold right in front of their eyes.

The “Tiger Effect” refers to the unique effect Tiger has on a golf course, specifically the sheer number of fans that follow him and the attention he receives (no matter how he plays) by the media.

Of course, this isn’t a new phenomenon. Tiger has been drawing droves of rowdy “get in the hole!” fans since he first turned pro back in 1996. As Tiger continued his dominance through the late 1990s and 2000s, his crowds multiplied and his presence both on and off the course was unlike any athlete, in any sport, ever.

In part one of Tiger’s career (before his injury and much publicized marital problems), he was a polarizing figure. Some people loved his demeanour and how dominant he was, others felt he was unfriendly and quiet/cold with media and fans.

In part two of his career (let’s just go ahead and call it a comeback), we see a new Tiger. A Tiger who seems to have a new lease on life and a new appreciation for the game he thought he might never be able to play again.

As a result, the Tiger Effect is now one that sees just about every golf fan on the planet rooting for his success… a scary thought, I know. Witnessing the Tiger Effect in part one of Tiger’s career is one thing, witnessing it in part two on the most iconic golf course in the world? Talk about the experience of a lifetime.

No one knows how long Tiger’s career will last, but it is safe to say it will not last forever. Golf and sports fans alike, do yourselves a favour and find a way to see this man in the flesh.

Win or lose, it will be an experience like no other!

We knew Tim was right for B&R when we heard about his Francophile tendencies and love of travel. When he isn’t helping you choose your next B&R adventure, you’ll find Tim checking out comedy clubs and new craft beers, cottaging in Georgian Bay, or working on his handicap during golf season.