From New Frontier to Old World Charm: A (Brief) History of Québec City

From a battleground for the British and French to a charming UNESCO-protected destination, Québec Ctiy’s history is rich with exploration, war and at least one famous American traitor (read on).

The Cape of Diamonds

During his second expedition in 1535, Jacques Cartier stopped in Stadacona, a native village located on land that would later become Québec City. Hoping to find precious stones, he christened the sheer and stony escarpment that overlooks the river Cap Diamant, or “Cape of Diamonds.”

At the time, Cartier was on a mission for King Francis I of France to discover gold and a passage to the Orient. After Cartier’s three expeditions found neither of these, the king declined to finance further voyages to North America. The significant profits to be made in the fur trade later rekindled France’s interest in this far-off land.

In 1608, Samuel de Champlain and his men erected and fortified a collection of buildings at the foot of the cape in a neighborhood known today as Place-Royale. He called it Kebec, an Amerindian name meaning “place where the river becomes narrow.”

This first settlement was known as Abitation, and despite the loss of many lives to extreme winter conditions and scurvy, this marked the beginning of a permanent French presence in North America.

Worlds both old and new meet in Québec. From cosmopolitan Montréal to history-rich Québec City on Québec Biking you’ll sample Canada’s most European of provinces through its cheeses, wines, sparkling lakes and charming city streets.

During the 17th and 18th centuries, Québec City was the centre of New France and its enormous territory. At the time, this empire covered all of what is today eastern Canada, the eastern United States, the Great Lakes and Louisiana, extending from Hudson Bay in the North to Florida in the South.

The British and the French had co-existed in North America for decades, but in 1754 the threat of French expansion into the Ohio Valley encouraged the British to take steps to eradicate New France from the map completely. The Seven Years’ War began the following year, when the British attacked disputed positions in New France and seized French merchant ships.

In an attempt to keep the British out, the French constructed a wall around Québec City, which still exists today. But these fortifications proved insufficient, and Québec City was permanently lost by the French in the Battle of the Plains of Abraham. In 1763, France formally ceded its claims to Canada; Québec City’s French-speaking, Catholic population fell under the rule of Protestant Britain, where it would remain until 1931 when the Statute of Westminster affirmed Canada’s independence.

In 1775-1776, American troops tried and failed to capture Québec City during the War of Independence, in which Aaron Burr and Benedict Arnold were key players. The Constitutional Act of 1791 divided the “Province of Québec” into Upper and Lower Canada and designated Québec City as the capital of Lower Canada.

From its origin as a fur trading post to its present status as Québec’s provincial capital, Québec City has restored and celebrated elements from its past. Old Québec was named a UNESCO World Heritage Site in 1985, and on July 3, 2008, Québec City celebrated the 400th anniversary of its foundation by Samuel de Champlain.

Few cities in North America have reached this milestone. 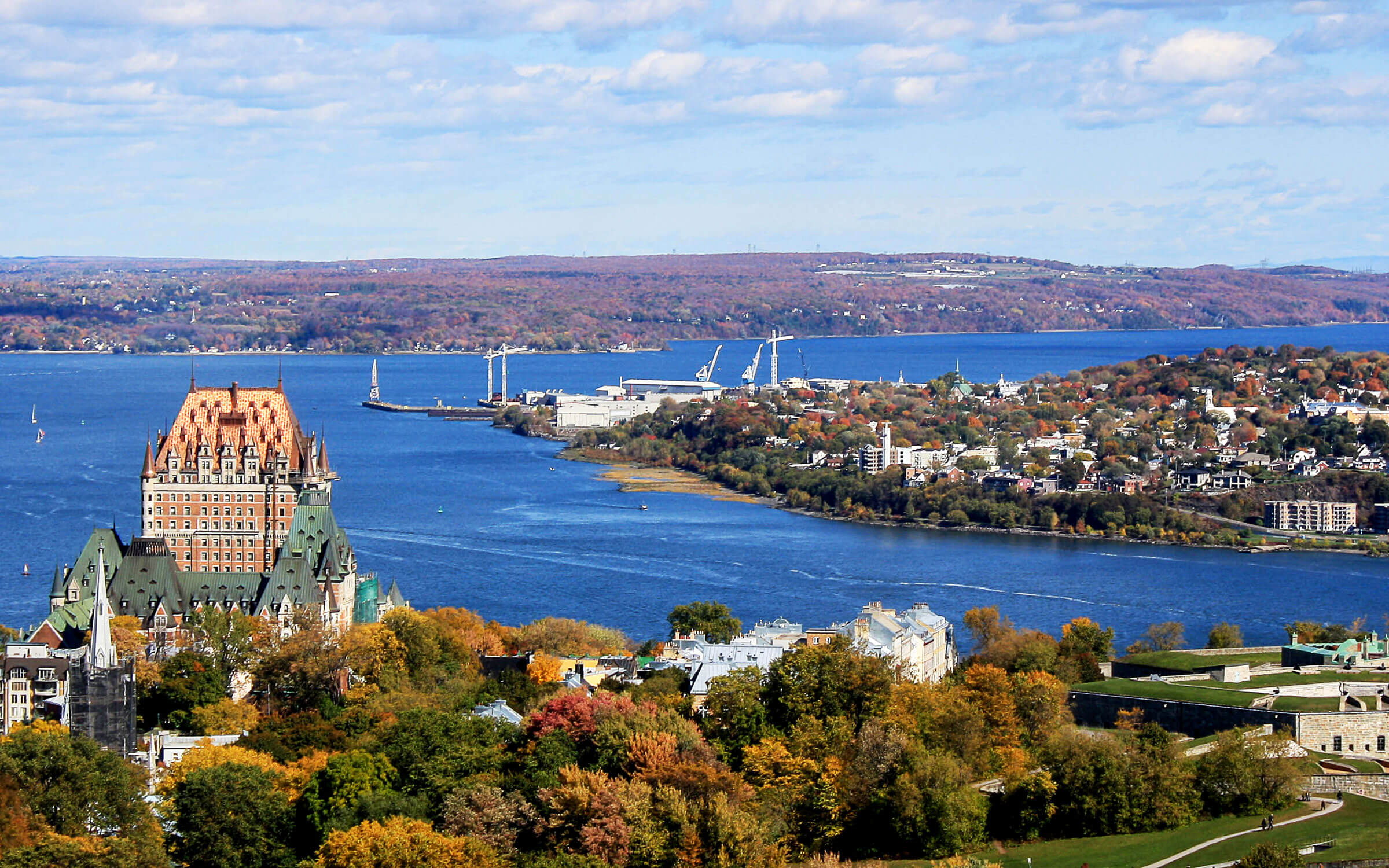