Ecuador is one of the most biodiverse countries on the planet.

Besides the renowned Galapagos Islands, the mainland of Ecuador shines all on its own with lesser known but incredibly diverse regions including the Coast, the Andes, and the Amazon.

The locales listed below feature some of the most spectacular vistas, virgin untouched rainforest, endemic animals, and secret surf spots where you can hike, heli, bike, zip-line, mountaineer, and explore.

These areas also have the advantage of being near the equator, which means the weather is consistent year round and there’s never a bad time to visit.

The Best Places to Visit In Ecuador

(That Don’t Rhyme with “Shmalapagos”)

Only two hours from the capital of Quito in the Mindo Valley lies the the Mindo-Nambillo forest, one of the most biologically diverse cloud forests in the world. The cloud forest gets its name from the way that it traps clouds, which drench the forest in a fine mist, allowing some of the most delicate forms of plant life to survive.

Mindo’s forest is home to more than 500 species of bird and 350 species of orchid, as well as thousands of insect species. It is one of the best places to get in touch with nature and enjoy the natural elements.

Activities in the mindo cloud forest include hiking, canoeing, rafting, a butterfly farm, zip lining, tubing, visiting an orchid farm, waterfall hiking and visiting a mirador, where you can see many species of hummingbirds.

You can also visit a small chocolate factory, where you’ll have a chance to witness the entire cacao process, from harvesting the bean to its becoming a delicious brownie or a cup of hot cocoa.

Connect with travel expert Veronika Macas to plan your Ecuador adventure. From Quito to the Mindo Cloud Forest and the Ecuadorian Amazon, she’ll craft an unforgettable Bespoke experience that takes in all the highlights.

The park is most known for its famed Cotopaxi Volcano, a snowcapped symmetrical summit that takes pride of place along Ecuador’s Avenue of Volcanoes. Known as the King of the Andes, it is one of the highest active volcanoes in the world, with a summit of 5,897 meters (19,700 feet) above sea level. 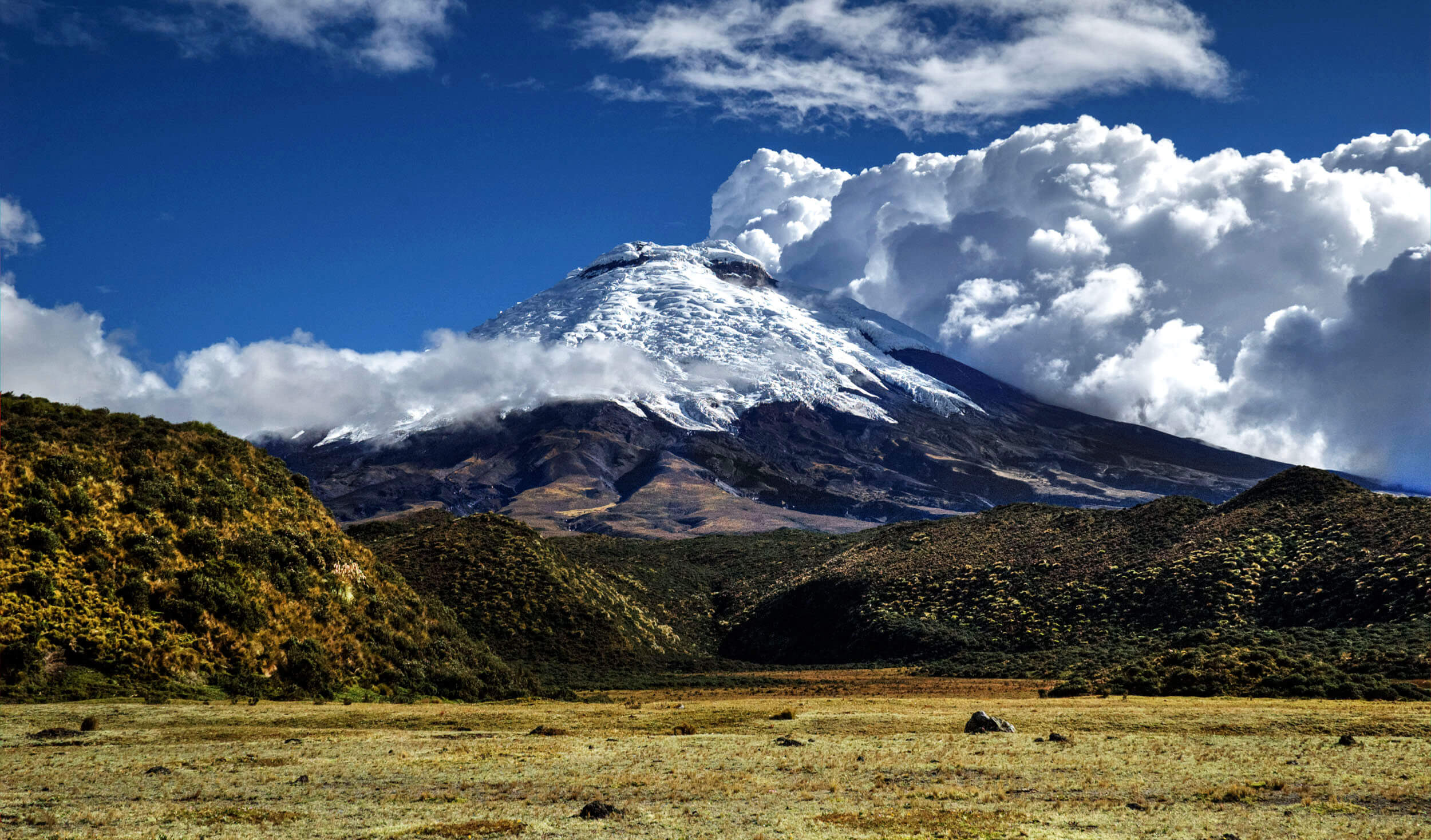 The volcano is surrounded by the relatively flat national park, a vast wilderness of sweeping plains adding to the stunning panorama. Established in 1975, Cotopaxi National Park has 34,000 hectares of wild, beautiful moorland, streaked with wispy clouds and pockets of mist, and plays home to a variety of animals from wolves, pumas, bears and condors, to birds and endemic species. Here you can hike, climb, or trek/mountaineer your way around the park.

Hacienda Zuleta is a family-owned, 2,000 hectare plot with colonial buildings dating back to 1691.

The expansive Hacienda Zuleta grounds include a working dairy farm, cheese factory, trout farm, horse stables and a beautiful organic vegetable garden where most of their food comes from.

Hacienda is surrounded by lush pastureland and stunning views of the snow-capped volcano Cayambe (oh, and the city of Cayambe in Ecuador also has some of the best caramel!). As sun sets in the Andes Mountains and it gets chilly at Zuleta, I can’t think of anything better than enjoying some traditional Ecuadorian cheese and snacks near a roaring fire at the end of the day.

One of the last Shangri-las in the world, this untouched rainforest holds flora and fauna still yet to be discovered.

The Choco Rainforest spans from Colombia into Northern Ecuador. Cut off from the Amazon by the Andes Mountains, the rainforest evolved differently from those forests on the eastern side. The Choco area holds thousands of species and ecosystems endemic to the region.

Walking in the Choco feels like stepping into a world of its own, with virgin vegetation yet to be disrupted by humans; it is recognized as one of the world’s most biologically and culturally diverse areas.

The choco plays host to a whopping 11,000 species of plants and an equally impressive 900 species of birds. In addition, there are more than 300 amphibious species, including 200-plus reptiles.

The main threat to all of these species is actually a threat to the rainforest itself: deforestation. All the more reason to go and see it now!

The sophisticated and strikingly contemporary lodge is designed as the ideal springboard for exploring the biodiverse world of the Ecuadorian Choco Rainforest.

A hideaway in the clouds only accessible to its guests and located on a high plateau, Mashpi Lodge features views of the forested mountains on one side and the forest right up close on the other through its floor-to-ceiling glass windows.

The Lodge, built with the latest techniques in sustainable building and employing hydroelectric power in the near future, is designed to blend beautifully with its surroundings.

Mashpi Lodge is located 110 km by car from central Quito in the evergreen wilds of the Andes’ western slopes. The shift in altitude (from 2800 to 1000 metres above sea level) allows for spectacular natural diversity among the Andean landscape.

We travel through the dry valley of Pomasqui into lush, misty cloud forests, and finally into one of the most celebrated bioregions in the world, known for its record-high endemism, rainfall and altitudinal range.

Often forgotten in favour of Brazil or Peru’s vast Amazon, the Ecuadorian Amazon is also a fascinating region, spread across six of Ecuador’s provinces.

It’s a haven so far off the beaten path that there are two small indigenous tribes situated in the Yasuni National Park (Ecuador’s largest), living in complete isolation from the rest of the modern world, with a protected right from the Ecuadorian government called the ‘Untouchable Zone” to not ever be disturbed. Talk about living off the land! 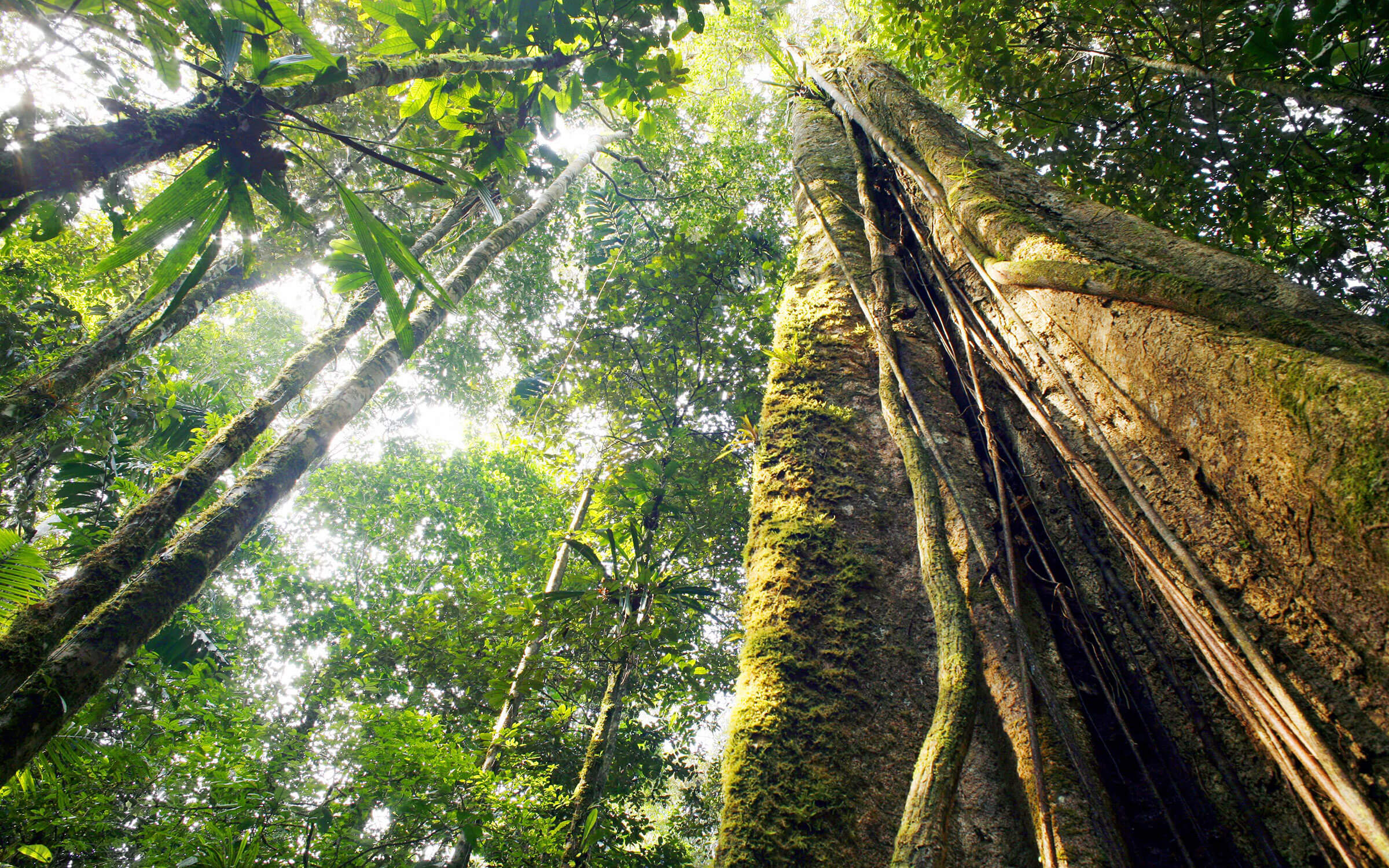 The Biosphere Reserve is another region in Ecuador that offers some of the most diverse species on earth, some endemic to the region. It is a haven for birders with approximately 1,600 species found in this area.

The Amazon in Ecuador is mainly tropical at 400 metres above sea level and remains warm and humid year-round. Surrounded by wild rainforest, untouched flora and fauna for miles, the remote Ecuadorian rainforest is truly a haven for those who want to experience nature at its purest.

On the Napo River in Coca Ecuador hides a modern sanctuary known as Sacha Lodge. Located in the lush Amazonian forests, it sits on its own private nature reserve of 5,000 acres.

The only way to access the lodge is via boat/motor canoe from Coca Ecuador. The lodge was built to complement the surroundings with 26 eco-friendly cabins, and canopied walkways and towers offering incomparable views of the Amazon forest and treetops.