Everyone flocks to the Lost City (and with good reason), but as B&R trip designer Veronika Macas explains, this country is so much more than Machu Picchu. Find out why this is the perfect place to ditch the guidebook and discover the depths of a country that many visit, but few truly see.

Compared to magazine writers, filmmakers have it easy. (Yes, I realize how biased that probably sounds. But let me explain.)

In order to properly capture a region’s essence, writers have to suffer. We slave away in front of our keyboards, desperately clamouring for the right combination of words to describe not just what a place looks like, but how it feels—its vibe, its milieu, its ineffable je ne sais quoi. (To wit: I scoured the thesaurus for 20 minutes before settling on “milieu.”)

Filmmakers, on the other hand, know no such struggles. In order to inform the audience they’re in Paris, Rome, New York or Sydney, all they need to do is drop in a quick establishing shot of the Eiffel Tower, Coliseum, Statue of Liberty or Opera House, respectively. Landmarks of this calibre are so famously unmistakable, they come to not just identify a place, but emblematize it.

For more than a century now, Machu Picchu has been just such an icon. Since Hiram Bingham’s first fateful trip to the Incan site in 1911 – and especially after the publishing of his 1948 memoir The Lost City of the Inca, which propelled his journey into the popular conscience – Machu Picchu has been Peru’s most trafficked attraction. 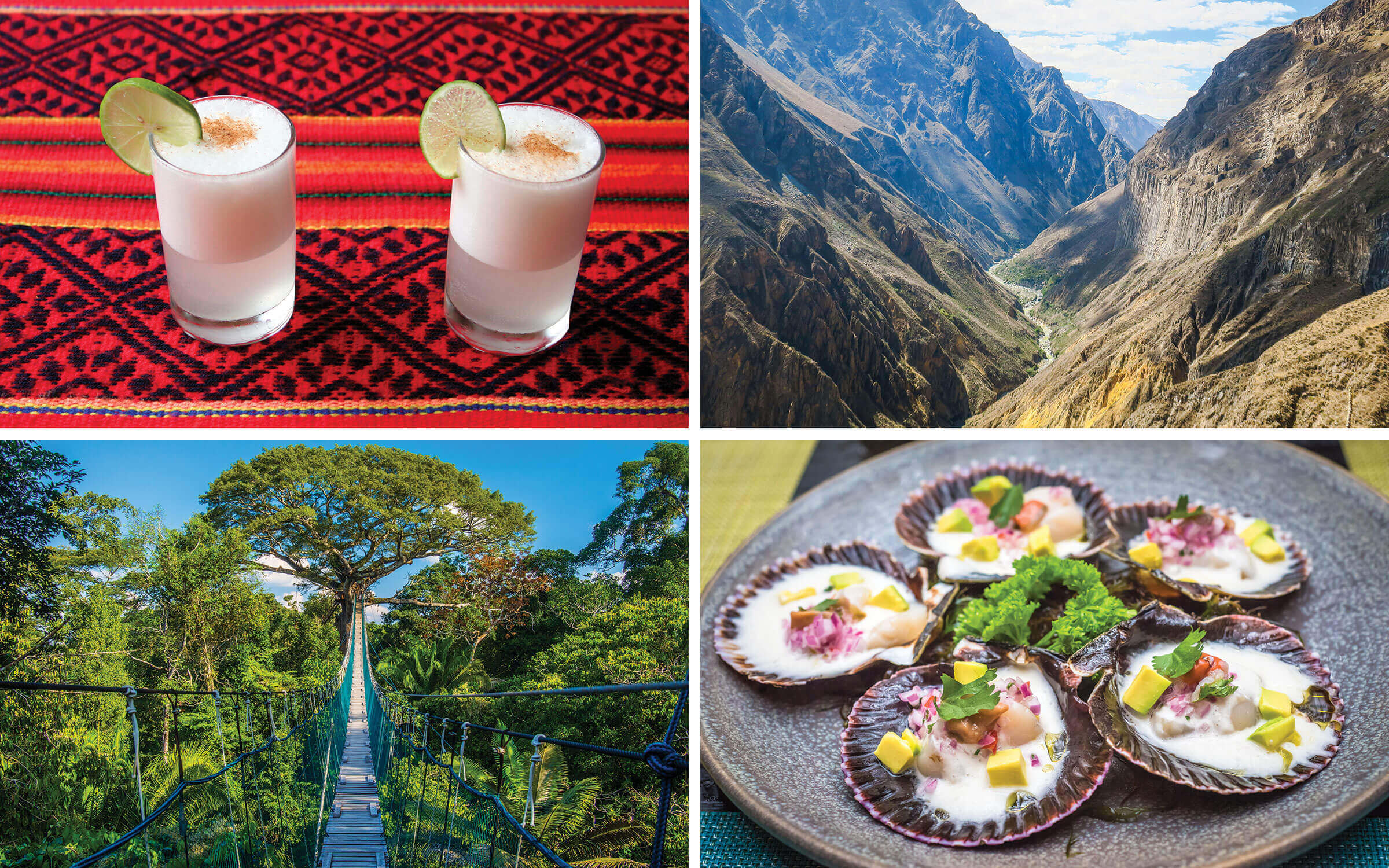 At its peak, Machu Picchu attracted more than one million tourists each year. Even with restrictions encouraged by UNESCO and imposed by the Peruvian government, upwards of 900,000 still visit annually, taking the Hiram Bingham Train from Cusco to stare at the sun gate, or hike the nearby (and nearly as famous) Inca Trail. And to be fair, Machu Picchu’s appeal is obvious – I don’t think I’ve ever had an experience as transcendent as seeing it at sun down, after all the tourists had cleared out (working for B&R has its perks).

But I sometimes pity those who hop a flight out of the country as soon as they’ve checked the spectacle off of their bucket list. I’ve spent a decade globetrotting for both work and pleasure, and I’ve found few countries that boast as wide a breadth of natural wonders, or as rich a reservoir of cultural heritage. That so few people take the time to savour all that Peru has to offer is one of travel’s greatest travesties—and one that I’m determined to correct.

With all due respect to The Lost City, I think it’s high time that people found out about Peru’s myriad other unforgettable adventures. There are enough off-the-grid, little known and overlooked experiences here to fill an entire magazine, but I think my editor would kill me if I took up that much space. (Editor’s Note: That’s true.) So in the interest of brevity, here are five of my absolute favourite…

Want to read more? Email Veronika to get the full story: veronika@theslowroad.com

When travel expert Veronika Macas isn’t skiing or cycling, she’s planning exceptional trips for B&R to exotic places all over the world. Splitting her time between Toronto and Switzerland, she still finds time to explore new destinations, climb the mountains of Peru or "glamp" out in the Galapagos!
View or Add Comments