In Deep:
What You Need to Know About Patagonia 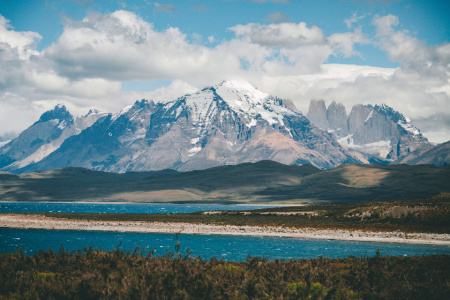 The end of the Earth is really just the beginning.

A rocky chunk of southern Argentina shaped by glaciers and conquered by a precious, hardy few, Patagonia is where adventurers go to get away from it all. Out here, it’s all about space—vast open spaces where locals are known to drive eight hours to see a movie!

A (Brief) Early History of Patagonia

The original inhabitants of Patagonia consisted mostly of Tehuelche Indians, who are thought to have come from Tierra del Fuego. The most ancient artifacts, such as harpoons, found in the caves along the Strait of Magellan suggest that these people were moving up the mainland coast about 5,100 years ago.

The robust and tall Tehuelche were divided into northern and southern groups, each with its own dialect. Spanish explorers found the Tehuelche living as nomadic hunters of guanaco and rhea. The surviving descendants of these people are few in number, nearly all of them having been assimilated into Spanish culture.

Toward the end of the 16th century, the Spaniards attempted to colonize the Patagonian coastal region to clear it of English pirates, but a Jesuit settlement on San Matias Gulf came to nothing.

In 1778 the English tried to settle on the same bay, and the Spaniards reacted by founding Patagonia’s first two towns, San José and Viedma (originally named Nuestra Señora del Carmen). A Spanish settlement at Puerto Deseado lasted from 1780 to 1807, but three years later this region again was devoid of European settlement.

With the increasing Anglicization of much of the Welsh heartlands in the aftermath of the industrial growth of Wales in the 19th century, efforts to find a new homeland in which to practice their ancient culture and language continued.

It became necessary for the Welsh people to move away from Wales to preserve their heritage, thus negotiations began in Argentina. The Argentine government offered 100 square miles for the establishment of a Welsh state and to protect it militarily. In 1865, the Welsh colony, Y Wladfa (literally, “The Colony”), was founded.

The Conquest of the Desert

After Argentina became independent, Patagonia was largely left alone, until it was cleared of Indian occupation in the Conquest of the Desert campaigns of the 1870s.

An attempt was then made to settle the region and to make it part of the national state. However, immigration was not massive, though people did come, for various reasons: some to exploit the economic resources and others (like the Welsh) to enjoy religious or political liberties.

The mineral wealth of the region in particular attracted immigrants from Chile, and Chileans seeking temporary work rather than a fixed domicile now constitute the largest proportion of the population. Apart from major concentrations at Comodoro Rivadavia and in the towns strung out along the upper valley of the Negro River, Patagonia’s sparse population is mostly rural.

Patagonia’s vast landscapes vary widely from one end of the region to the other, giving birth to a variety of flora and fauna that at first glance appear to be more fantasy than reality.

With a precipitation of less than 400 mm (15.7 in) a year, the plants that exist here are limited.

They are primarily low perennial graminoid grasses, bushes and shrubs that can survive the cold winters, the dryness, and the strong winds.

Increased precipitation towards the west permits the growth of more species and the beginning of forests of scrub and southern beech forests, Nothofagus.

The Nothofagus is of the same family as the beech in the Northern Hemisphere. The southern beeches are from an ancient stock that lived when South America, Australia, New Guinea, New Caledonia, New Zealand and Antarctica were united in a vast continent called Gondwana.

With an average annual rainfall of 800 to 2,000 mm, the lenga forests (another Nothofagus), the world’s southernmost forest, grow beside the glaciers.

The development of these forested areas is limited by two things: the presence of said glacier, and increasing altitude. Over 800 m above sea level, trees become smaller, eventually disappearing once they reach the tree line at 1,200 m (glaciers are 300 m above sea level). In this area, the following would be common: lenga, guindo or coihue de magallanes trees; and the notro bush.

Nothofagus and Paramela photos
via Wikimedia

Conquest of the Desert photo Juan Manuel Blanes  via Wikimedia