Colombia: An Explorer's Paradise (Part I) 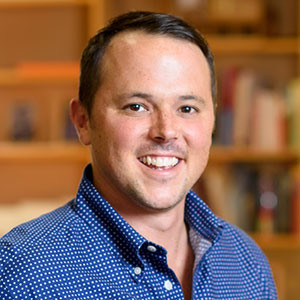 My wife and I flew down to Colombia with a simple plan: spend a few weeks exploring Bogota, the coffee plantation region and Cartagena—three distinct regions, to give us a sense of place. We spent the first night in Bogota with plans to return at the end of the trip, then flew to the coffee region, Manizales, a city in the mountains on the edge of Los Nevados National Park.

The flight to Manizales was amazing and the infrastructure for domestic travel is better than anything in North America. An unexpected positive result borne of the cocaine wars, for such a long time it was unsafe to travel by road—even for a few hours’ drive—so the local airline, Avianca (one of the oldest airlines in the world) adapted by adding regular flights to smaller cities.

(As someone who works in travel, this is a dream! Thailand is set up similarly and it helped spur tourism 20 years ago on a grand scale. Unlike places like Mongolia, or Bhutan, which have low airlift, Colombia is set to easily transport people fast and comfortably.)

After landing in Manizales, we spent a week exploring the region, from hiking in the Cocora Valley to visiting more than 20 hotels. Friends and family always laugh at me when I say I have to fly somewhere for work, and they think it is a vacation. But hiking, biking and meeting hotel representatives for 10 hours a day does wear you down a bit…**

We drove from north to south through the coffee region and it was fantastic. Great biking roads, plants and animals (like the wax palm) that look like something out of Dr. Seuss, and great little B&Bs to stay in. It is a lush valley, one of those places that, when you arrive, you say to yourself “I see! That’s why people live here!” Life abounds and its lushness makes for great travel and exploring. Water falls, canyons, mountains and jungles—oh my!

In talking with a friend of mine who had lived down there for a few years, I was told about a nearby tribe of people, the Nukak, who had never seen Europeans in their history and remained an “uncontacted people” until 1981. They had seen planes, but thought they were other animals travelling on invisible roads in the sky. They came out of the jungle having no concept of property or privacy, and have had an interesting time merging with the modern world.

This is the kind of place Colombia is—this mix of modern hubs like Bogota and tribes that have never seen concrete, mere miles away from each other.

After exploring the coffee region, it was off Cartagena to see the Caribe side of Colombia.

** Ok, now that I see it in writing, it doesn’t sound that tough. I have an awesome job.