Notes From the Road:
The Unabashed Charm
of Bavaria

A number of years ago, while in a mountain hut in the Bavarian Alps, I asked a musical trio busy playing local ditties to an increasingly boisterous crowd if they’d do The Sound of Music.

There was no hesitation in their reply.

“The Hills are Alive,” I insisted. “You know, Julie Andrews.”

I might as well have asked for A Whiter Shade of Pale. There we were, in a setting that couldn’t be more alpine if it tried, and the Sound of Music might as well have been a B-movie for art house lovers. To this day I’d like to think they weren’t pulling my leg.

The folks that inhabit Austria’s Salzkammergut Lake Region and Upper Bavaria alpine fringes can be… special. Eigensinnig, in the German. With a mind of their own.

A stubborn mind, if I may add. Both staunchly, happily and comfortably themselves and thoroughly indifferent to how their cultural peculiarities might be perceived by outsiders. Or represented by Hollywood, for that matter.

Nowhere – and I repeat, nowhere – else in German-speaking Europe will you find dirndls, for instance. Berliners wouldn’t be caught dead in one. In Bavaria women of all ages have a handful. A casual one, a fancier one, last year’s one, etc.

The men don’t think twice before pulling on knee-high cream-coloured socks that are tied off at the knee with leather tassels. Not to mention squeezing into well-fitted short shorts made out of leather.

In my opinion, one explanation for these idiosyncrasies owes to the locals’ physical surroundings. If asked to describe them in a word, I’d say “ideal.” If given four words? “Just shy of perfect.” 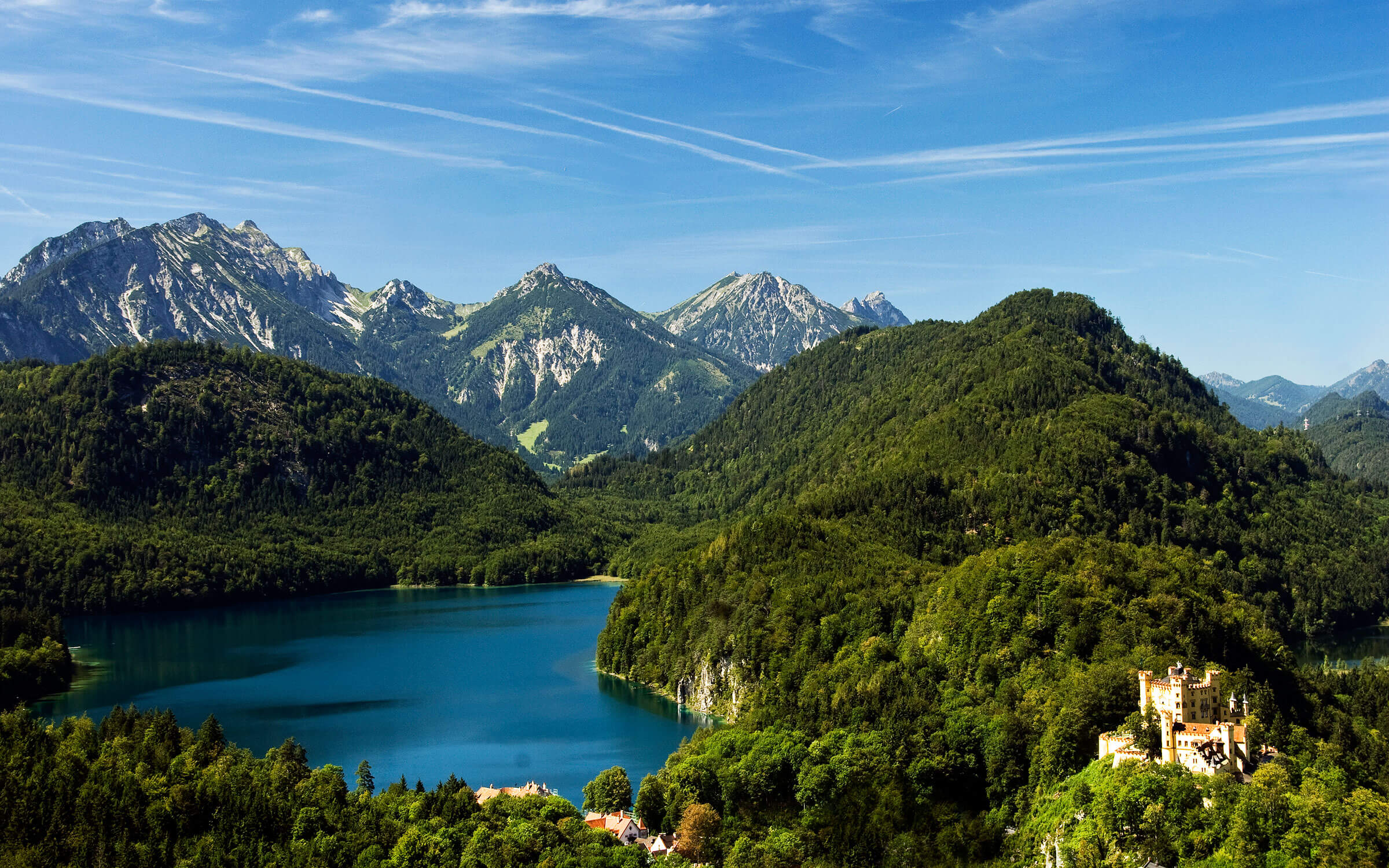 But only if you like majestic mountains, pristine lakes, cool valleys and small towns so quaint it’s hard not to want to take up geranium breeding and wood whittling after passing through only one.

Especially worthy of admiration are the buildings. As enormous as ocean-going vessels, built to house several generations as well as herds of farm animals, and often perched high off the valley floor from where their hand-painted facades, which tell of legends and biblical deeds, can be seen by anyone (with binoculars).

In an environment of such consummate beauty, why not be yourself? Unabashed and wholeheartedly. There’s no shame in not knowing who Richard Rodgers is if you live in Sankt Wolfgang in Salzkammergut.

The best known festival in this part of the world is the Oktoberfest, which although seldom in October is most definitely festive. A lesser known fact are the endless lesser holidays sprinkled throughout the year. Solemn religious ones, official state ones, enthusiastic local ones, ones sponsored by community associations; from when the snow thaws until deep into the fall, there is seldom a weekend that isn’t a long one.

Ureinwohner and newcomers alike know the drill. Don your tracht (the short shorts or dirndl), and head to the Maibaum (the centre of town) for a Maß (a litre stein of beer). I’ll wager just such a Maß we don’t coincide with such a Fest during our week among the lakes. But you’ll have to come to take me up on it.