Austria’s handsome jewel along the Danube is famous for its coffee, cafés and scenery (to say nothing of its historical significance). Slip on your walking shoes and take in the city’s enchanting baroque architecture and bask in its Old World charm as you explore a few of our favourite things to do in Vienna.

Four Must-See Things to Do in Vienna 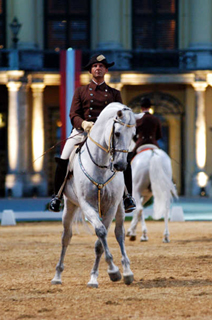 This cultural icon of the country has been the focal point of Vienna since the 13th century and having six centuries of Habsburgian history definitely doesn’t hurt. Although you can’t enter all the buildings in this huge complex, it is well worth an evening stroll and perhaps a visit to the Spanish riding school to watch a demonstration of the Lippizaner stallions. Alternatively, you could visit the Kaiser Apartments or the Sisi museum to see how the Emperor and Empress lived. The opulence is quite overwhelming but well worth a look.

This palace has a long history and was once a country estate to a hunting lodge; it came into its own in the 1700s when it was redesigned by the architect Johann Bernhard Fischer von Erlach as a palatial hunting lodge for the Habsburgs. Visiting the rooms of the Imperial palace will give you an idea of the grandeur and scale of wealth of the Habsburg dynasty. Just to give you an idea—only 40 rooms out of 1,440 are accessible to the public! Take your time here and explore the gardens as well; they are expansive and beautifully maintained.

A journey between great capitals on our Vienna to Prague Biking trip is a journey back in time. Click below to follow the Danube through vineyards and villages, appreciate Baroque architecture and gape at medieval ruins.

The most recognizable structure in the city (and an absolute must on any list of things to do in Vienna) would have to be its Gothic cathedral. Built in 1359, it has been added to over the centuries, transforming it into the masterpiece it is now. Entrance is free but there is a fee to go up to the South Tower where you are rewarded with an excellent bird’s eye view of the city.

This hip new arrangement of several museums is actually housed in the old Imperial stables; it includes many bars, lounges and open public spaces for relaxing. Among the museums are the Leopold Museum (mostly Austrian artists such as Schiele, Klimt, Kokoschka), the MUMOK (Museum of Modern Art) and the Kunsthalle (international contemporary art). Also just across the street towards the Hofburg Palace are the National Museum of Natural History and the National Museum of Fine Arts.

Insider's Guide to Vienna See + Do