Notes from the Road:
From Prague to Vienna, A Journey Through Time 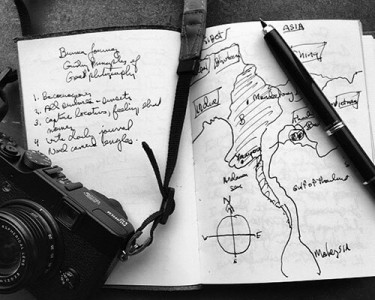 In our Notes From the Road series, veteran B&R researchers and guides share reflections and impressions from a few of their favourite regions, revealing the history, culture and emotion that can only be discovered by getting in deep.

Below, veteran Guide-turned-Trip Designer Mario Koch reveals the most striking elements you’ll encounter while pedalling between two of Europe’s most storied capital cities.

To travel between Prague and Vienna, two of Central Europe’s great capital cities, is to travel in time.

In Prague, it’s difficult to ignore a sense of bygone grandeur, of turn-of-the-century decadence. Half an afternoon in Vienna and you’ll find nothing odd about riding in a horse and carriage. In between, the Czech Republic is in hot pursuit of the 21st century after decades of Soviet Occupation. Austria, by contrast, is the definition of laid back. The traces of Habsburg opulence are everywhere you look, as unmistakable as the din of glassware over a beer garden.

Every journey needs a starting point, and ours begins in Prague. Its windy medieval streets stand uniquely unscathed by the devastation of the Second World War but are all too familiar with Cold War tanks. The national heroes are to be found on coffee shop bookshelves: beleaguered intellectuals, anti-regime agitators, poets and writers who sought solace in the absurd.

The architecture is a potpourri of medieval gems, Art Nouveau masterpieces and the odd piece of brutalist Soviet concrete intervention. Our interest piqued, we head into the countryside. But not before stopping for a pivo, the Czech national beverage, not our first.

Of Forests and Fairy Tales

Classic European fairy tales, the ones with evil-looking houses on chicken legs, were born in these majestic, brooding forests. A network of tree-lined roads, highways of the ancient Skoda, connect countless hamlets, each with its own carp pond, minuscule train station and statue of a forgotten martyr invaded by lichen.

Eventually, we arrive in Austria and with it into the 19th century. (A 19th century with perfectly asphalted bicycle paths, fortunately.) The term here is Kulturlandschaft. Implied is a landscape that for thousands of years has been carefully modelled by the human hand. The facades of houses are hand-painted and adorned with decorative woodwork.

In vineyards, stone terraces clamber up valley walls defying both gravity and notions of sensible economic yield. Giant fronds of geraniums cut through the landscape like brushstrokes of bright colour and church bells are made to toll at the drop of a Hut. The inhabitants are bon vivants. A prolonged breakfast, wine with lunch, a detour to whichever Heuriger is serving the best Grüner Veltliner. After a few days in the Wachau, you’ll have your own opinions on the latter.

Vienna requires little introduction. Imperial heart of the Habsburg Empire, refined and grand, but also and to this day, a European crossroads. Perhaps the world’s classiest border city. In Vienna, we’ll pass below the balcony from which Empress Sissi observed royal life at the Hofburg.

I suggest you raise an acknowledging hand, and while carefully avoiding the evidence of the many horse-drawn carriages, make your way to the Hotel Sacher, where a piece of Sachertorte and a Vienna coffee await. Sachertorte; deeply chocolatey with a hint of apricot and a veneer of icing.

A tale of two cities—and as many cakes.

A longtime B&R guide turned Trip Designer, Mario has worn many hats: journalist for the Jakarta Post, a sous-chef in Berlin, and a film producer in his native Germany. When he isn't planning trips, you'll find him hiking around Europe and exploring the world in his 1989 Volkswagen bus!
View or Add Comments