So close and yet so far…I will never forget the first time I arrived in Morocco nearly twenty years ago. It was the greatest culture shock of my life. I wondered how a country so geographically close to Europe—my home—could be so radically different. I landed in Marrakech, the so-called ‘Red City’, and after checking in at my hotel, I rented a bike from a local Berber who had a few rusty rides on offer. He warned me to be careful with the traffic and to not ride within the walls of the Medina—the Old City. Of course, being young and foolish, I disregarded his warning, and found myself surrounded by honking automobiles, donkeys, street vendors and green carriages recklessly running red lights. Now that I’m a little more familiar with the “zoo” twelve years later, I see the hustle and bustle as a thing of beauty.

That day, I also got lost in the main square of Marrakech and found myself sitting in the beautiful courtyard of a local home with the Good Samaritan owner (always willing to help a hapless tourist), a glass of mint tea in my hand, discussing the past 2,000 years of Moroccan history.

I cannot thank this kind gentleman enough for giving me a taste of his homeland and working up my appetite to continue discovering Morocco. A mere few days later, I had experienced more surprises and delights than I ever imagined possible. From the austere barrenness of the High Atlas Mountains to the endless colours of the Sahara, it was hard for me to take in the sheer beauty of what I still believe to be the most photogenic country on the planet. Every time I return, I discover new places (new delights!) in this country that Muslims call “the land where the sun sets.” It’s always a pleasure for me to accompany first-time visitors and see them react to this wonderful place, as it calls to mind my own first joyful experience over a decade ago.

After its founding in 1062 by the Almoravids, Marrakech changed hands more than a few times: the Almohads chose to make it their capital in the 12th century and the city later prospered under the Saadians. The Ville Nouvelle, the “new” part of town, has since outgrown its moniker, having developed in 1913 after the French made the country their protectorate.

Throughout its changes in ownership, the city has always been an important trading centre and home to the sultans. Today the city is the capital of the province of Marrakech, and is a rail terminus and road and caravan centre linked to the Atlantic port of Safi. The industries that keep the city throbbing are tourism, fruit and vegetable processing, leather tanning, and the general manufacturing and processing of wool, flour, handicrafts and building materials.

The Eiffel Tower of Marrakech

The Koutoubia is the city’s most important mosque, and by far its most significant landmark. It was built in one year, 1162, by the Almohad ruler Abd el Mumin, and is held to be an exemplary building of Almohad art at its best—a cathedral mosque of classic simplicity and perspective.

The construction was quite a feat, as normally a mosque of such grandeur and architectural perfection would take centuries to build. It did take the Almohad ruler two tries, however, and the ruins of the first attempt still remain beside the present Koutoubia. The first structure was almost perfect, except the focus point or prayer niche (called the mihrab) did not face Mecca. Whoops!

The minaret is the Koutoubia’s principle feature—all 67.5 metres (221 feet) of it. It is composed of six rooms, one on top of the other. The cupola on top of the minaret is a symmetrical square structure topped by a ribbed dome and three golden orbs. These are alleged to have been made from the melted-down jewellery of Yaqub al-Mansur’s wife, in penance for having eaten three grapes during Ramadan—a time when Muslims should be fasting.

This Morocco E-Biking trip will bring you from souk to kasbah to remote Berber village to mountain pass. One authentic experience after another. Unleash your inner nomad (on two electric-assist wheels)!

Explore Morocco with Your Tribe

On our Private Morocco Walking Journey trip, we give you its very best: vibrant Marrakech, Berber villages, stunning oases, fabulous food, a Kasbah hotel, and the High Atlas Mountains

Forever the subject of western fantasies, Marrakech is home to all eccentricities—it is the ultimate oasis, if you like—where all lifestyles are enjoyed freely. A monthly salary of 400 dirhams (about US$50) for live-in staff is not unusual. According to the French Countess of Breteuil, doyenne of Marrakech’s ex-pat community, it is the last accessible paradise. The late Marie-Hélène de Rothschild, who for the last 20 years of her life spent her holidays in the region, said: “there are others, but they’re so much further away.” The pace of life is so slow that four days here are as relaxing as 10 anywhere else.

Jacques Grange, a French interior designer who has been coming to Marrakech for years, marvels at the fact that just a few hours from Paris you find yourself back in the heart of the Middle Ages. “Here you find an elegance, a quality of life that you find nowhere else. Everyone here is just a little bit crazy. I like this. Here you witness eccentricities and liberties unthinkable elsewhere.”

The varying eccentricities of our jet-set friends can be witnessed in the architecture of their homes—although they all claim to have remained faithful to Moroccan architectural tradition. Especially of interest are the 1001 Nights palace of Yves Saint Laurent and Pierre Berger, and the palace harem of American interior designer Bill Willis. The Countess of Ruspoli, a recluse with 40 servants and just as many North African greyhounds, preferred a Florentine palace out in the Ourika Valley.

The sumptuous 1920s Villa Taylor, home of the Countess of Breteuil, was a wedding gift from her mother-in-law. It combines all the details of Moroccan interior design with the comforts of a British club, and has hosted, among others, Winston Churchill, Franklin Roosevelt, Rita Hayworth and Charlie Chaplin.

Cities In Deep See + Do 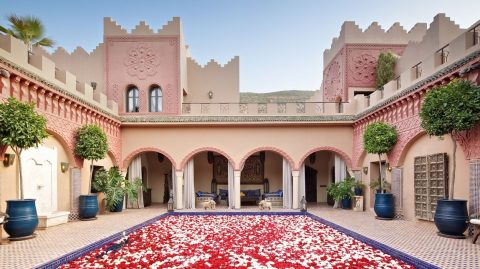 The Best Hotels in Morocco 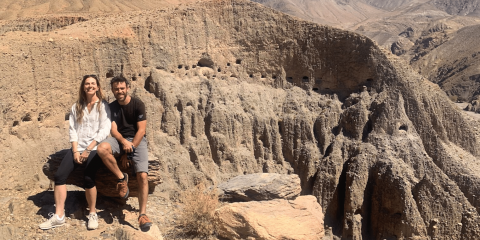 Notes from the Road: Scoping Out New Terrain in Morocco 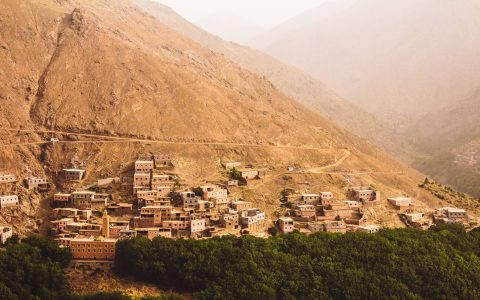 The Slow Fund: Empowering Female Education with Education for All 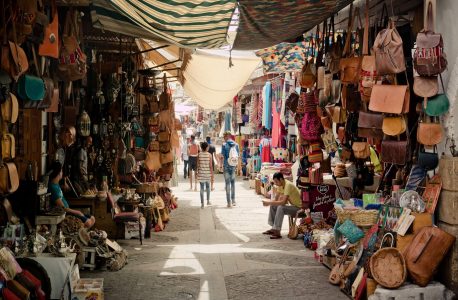 The 18 Best Shops in Marrakech 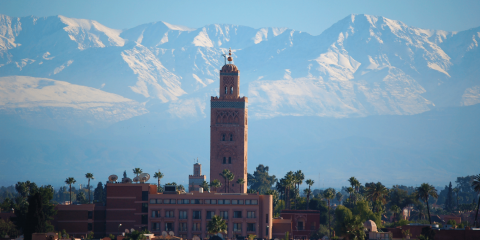 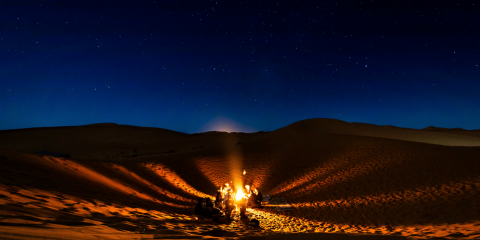 5 Ways Morocco Will Captivate You 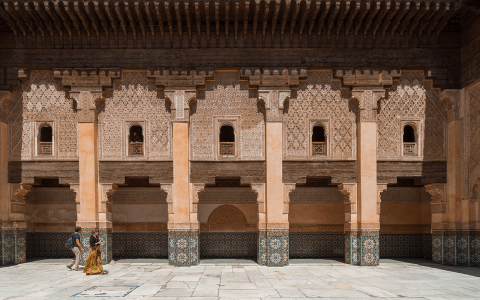 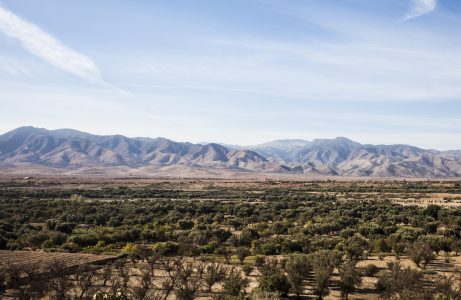 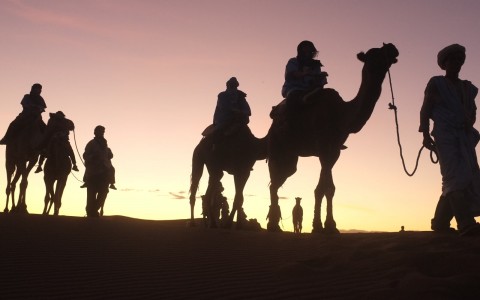 The Ultimate Bike Tour of Morocco 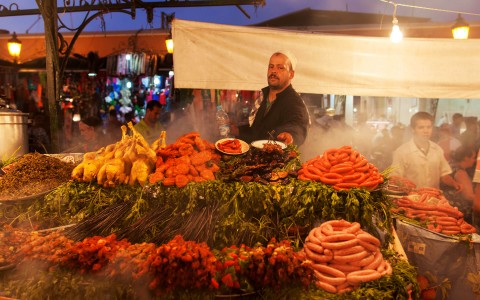 In the Markets of Marrakech, a Master Class in Moroccan Cuisine 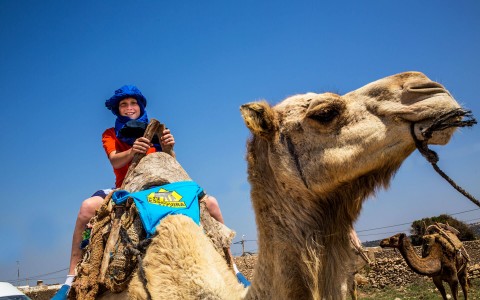 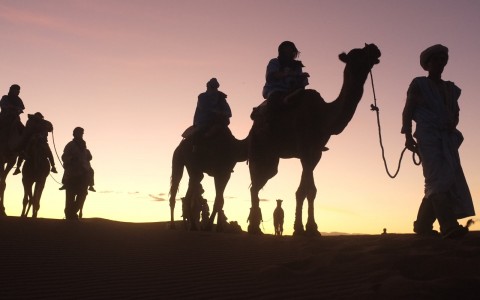 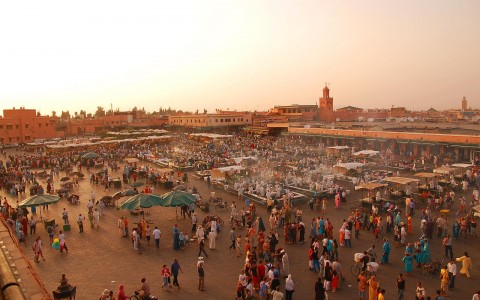 The Art of Haggling in Morocco 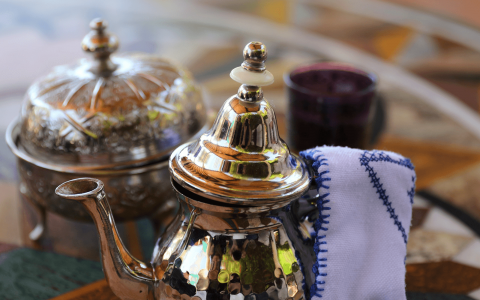 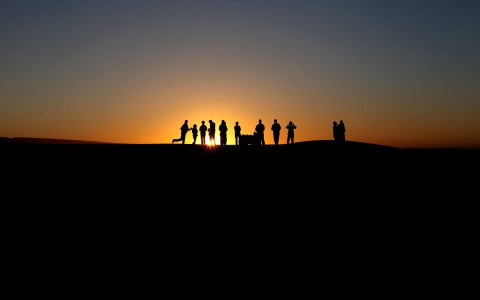 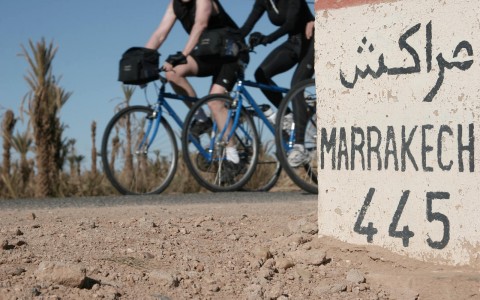