What happens when three siblings embrace their father’s legacy in developing a hotel entirely based on sustainability? For Mar Suau, co-owner of Son Brull Hotel & Spa, it resulted in a family-owned, family affair of capturing the essence of Mallorca across Son Brull’s 30 acres—all while preserving the land for future generations.

Known as the only family-run boutique hotel on the island, Son Brull is nestled in the foothills of the UNESCO-protected Tramuntana mountains and surrounded by a pastoral playground of vineyards and ancient olive groves. And with its prime location just a short drive away from Mallorca’s most serene beaches, a stay here means you truly have the world at your fingertips.

“We have it all within very little distance. Being driven around is super easy, and we have a variety of landscapes that’s so amazing. Within 20 minutes, you can be on top of a mountain or lying on the beach,” Mar said. 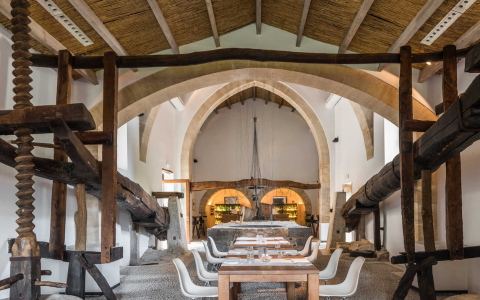 Housed in a former 18th c. Jesuit monastery, Son Brull offers an alluring mix of ancient architecture and new-world detailing illustrated in everything from its soft gold interiors to the wooden beams that act as a memoir of the property’s rich heritage. The essence of Mallorca breezes through every corner of the hotel with its bright, wide-open spaces and cozy Mediterranean charm. And while turning a historic building into a hotel had encompassed its fair share of architectural restrictions for Mar and her team, it resulted in every room being designed and adapted in a certain way. Therefore stepping into each of its 27 rooms (including Son Brull’s four brand new Villa Suites) offers a world of its own: no two rooms are the same.

With the mountains at one end and Mallorca’s flat, rural centre at the other, the island is a mecca for hikers and cyclists who flock here from all over the world to cruise along its various altitudes and terrain. And for those wishing for more relaxed days back at the hotel, activities on offer include guided yoga and meditation classes, olive oil tastings at one of the island’s few original olive mills preserved from the times of the monks, honey harvesting from local beehives, vineyard tours and wine tastings. 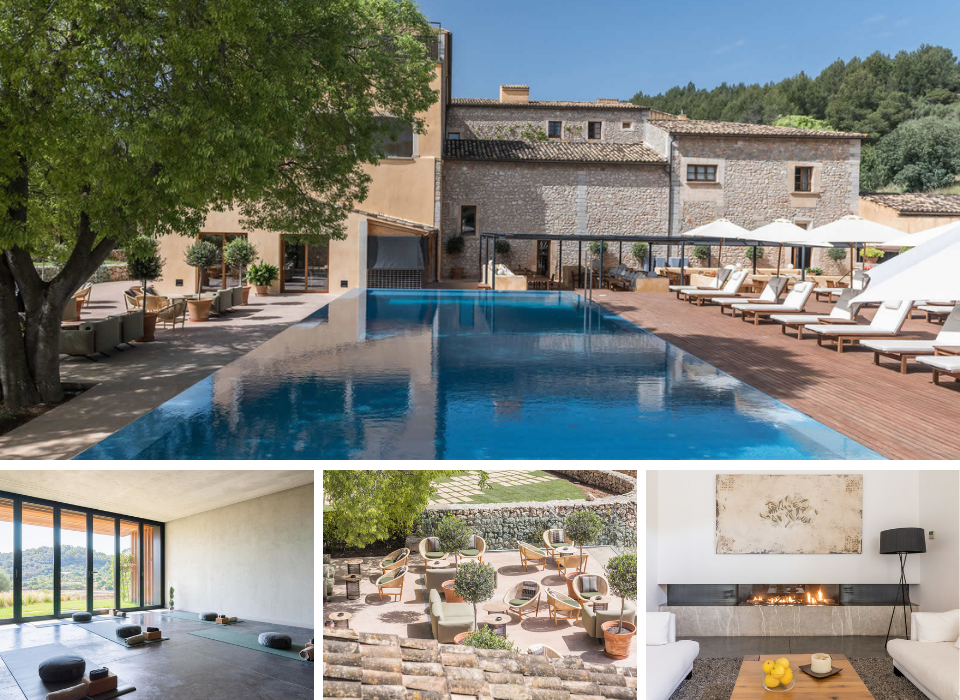 Setting the Standard for Sustainability 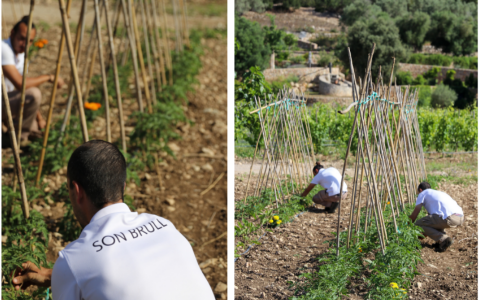 “Son Brull has six hectares of planted vineyards at the moment. We have planted varieties that were originally found in Mallorca but were at the risk of disappearing because they weren’t the ‘trendy’ or ‘fashionable’ varieties of Spain’s wine industry, so we wanted to get those back,” she said. 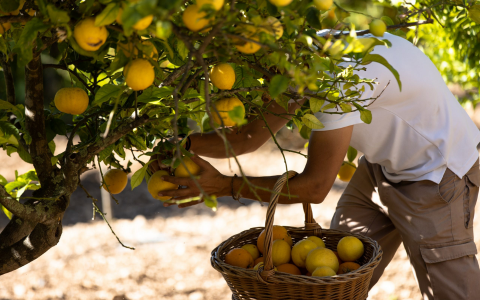 In addition to re-introducing endangered grape varieties, Son Brull’s efforts in becoming a completely sustainable hotel can be seen through the on-site organic vegetable garden, where local ingredients are harvested for its 365 Restaurant. During the season, guests can even embark on harvesting days to pick from the rare fruit trees—orange, lemon, fig, almond and more—and savour them straight from the tree.

Mar explains that their aim is to restore Son Brull’s surrounding ecosystem to produce again—just like when the monks roamed the land—all while helping other estates in the area and taking care of future generations. 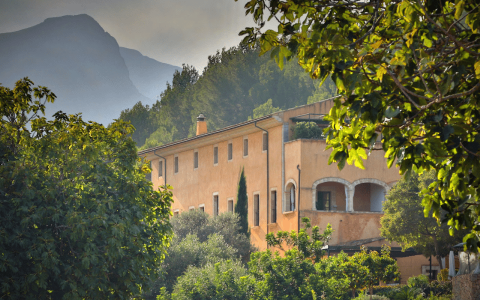 Son Brull’s striking gold exterior and sophisticated detailing make for a regal façade at first glance. But the personalized greetings that each guest receives from the Suau siblings upon arrival create a welcoming atmosphere that embodies the laidback island lifestyle of Mallorca.

“Being the only family-run boutique hotel on the island makes a huge difference because we’re on the property every day, and most of our team has been with us for years,” she said. “We have a lot of regular guests who return year after year and see the same faces greeting them. Our staff remembers them and knows how they like their coffee in the morning and what kind of cocktail they drink. All of our staff are local from the surrounding villages, we train them ourselves, and they’ve been with us for many years.”

Continuing the Legacy of Son Brull 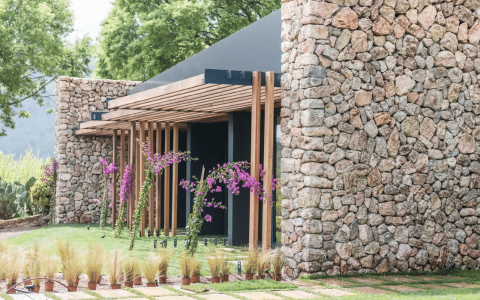 For Mar, the business of hotels has always pulsed through her veins. And while being the daughter of a hotelier prompted her childhood to look a little different, she’s had the advantage of gaining experience in every aspect of the business.

“When I was a kid, I didn’t play with dolls. I played hotels. I played the role of receptionist, cook, waiter. We were always at the hotel to be closer to our father because he was working all the time. He never planned for us to continue his legacy, but it just happened,” she said.

Continuing her father’s legacy at Son Brull also meant continuing the legacy of the 17th c. monks who lived off the land and welcomed tired travellers in search of food and shelter. Three centuries later, the Suau family has restored the property into one of Mallorca’s top boutique hotels while maintaining its unique heritage and natural resources.

All in all, a stay at Son Brull encompasses award-winning cuisine, a wealth of adrenalin-pumping activities, cozy interiors and organic spa treatments—all tied together with family-friendly service and an atmosphere brimming with environmental sustainability and Mediterranean magic.

If you’re feeling inspired to experience the rich heritage of Son Brull for yourself, get in touch with Christine Tucker to see how she can craft your ideal Mallorcan escape.