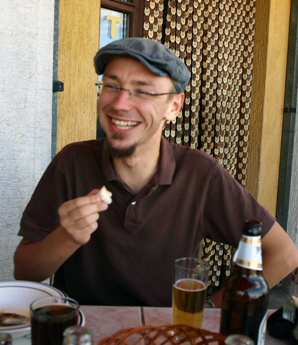 Described by Louis XIV as the “king of wines”, the only Hungarian wine that you may have come across is the sweet Tokay (also known as Tokaji). This is certainly the most traditional, unique and finest wine that has ever been produced in the country. It is technically classified as a dessert wine; however, due to its mineral content coming from the volcanic soil and its high acidity level, it is more complex than all other dessert wines and not as sweet as its sugar content would otherwise suggest.

Due to its geographical position, the botrytis (noble rot) develops exceptionally well on the grape varieties that are used to make the wine, mostly the Furmint and the Hárslevelű. It allows for very late harvest without freezing the grapes. This unique quality was recognized very early, and certain regulations were put in place already in the 18th century. In 1730, a law divided the slopes of the Tokaj hill and categorized them based on quantity. It was also associated with how much tax the owner had to pay. It was essentially the second appellation system in the world, before the Portuguese and the French.

Furmint
The main variety of the sweet Tokay, this grape varietal is a perfect vehicle for the botrytis. In the 1990s, makers experimented with these grapes to make a dry Tokay wine (as opposed to the usual sweet Tokay), and it has been exceptionally successful. It gives a full-bodied, elegant dry white comparable to its sweet counterpart. It ages very well in the bottle due to its high acidity content, 10-15 years easily. It has a complex fruity character. Quince, pear, and cloves are its unique qualities, but when aged, it can develop a complex, tropical fruity character, as well as possessing a strong nutty quality as well, mostly of almond.

The other important component of the sweet Tokay. However, while in Furmint, the emphasis is on the complex fruits, Hárslevelű is very floral. A young Hárslevelű would have a nose of grapes, honey, and elderberry flower. When it ages, honey becomes dominant and it develops a tropical fruity smell.

Juhfark
Unique variety of Somló, the smallest wine region in Hungary, which is also the richest in minerals. Juhfark is the perfect variety to give the characteristics of this terroir back. It is a really unique variety, people usually either love it or hate it because of the high acidity and mineral level. Its nose is mostly grape flower, with hints of citrus and apple, while grapefruit, apple and vegetal traces dominate the taste, which completes the mineral characteristic.

Olaszrizling
The most popular white variety in the country, it is very different from the “Riesling” that is otherwise world famous. Olaszrizlig gives a very light, fruity wine that has lots of citruses, stone fruits, herbs and vegetal scents in its nose. Its taste is a bit less complex, mostly is determined by citrus or grapefruit while peach, pear, and gooseberry can complement it. It does not age well, it is meant to be drunk fresh.

As earlier mentioned, after the phylloxera epidemic, most of the indigenous Hungarian grapes were replaced by French (Cabernet Sauvignon, Cabernet Franc, Merlot) and German varieties (Blaufrankisch, Zweigelt). Although some wine regions (Eger, Szekszárd, Villány, Sopron) produce very good reds, they are not as interesting simply because they are not unique varieties like the Furmint or Hárslevelű. Still, there are a few exceptions that are worth trying.

Bikavér
This was the wine that probably suffered the most during the Communist regime. However, in the 1990s, winemakers reached back to the regulations of the pre-Second World War era. Again, as red wine cultivation was brought by the Serbs and they always blended the wines, by default Bikavér was always a blend. The new regulation laid down that no variety of any Bikavér can be higher than 40% in the blend and the highest percentage of grape must always be Blaufrankisch (Kékfrankos), in order to avoid similarity with a Bordeaux wine. The other varieties that are permitted to be used in a blend are: Cabernet Sauvignon, Cabernet Franc, Merlot, Syrah, Pinot Noir, Zwigelt, Portugieser, and Kadarka. The standard Bikavér must have at least 3 of these varieties and must be kept in an oak barrel for at least 6 months. The superior Bikavér will contain at least 5 varieties, and spend at least 1 year in barrel, 6 months in bottle.

It gives a fruity, middle-bodied red with deep colour. For the nose, it is often complex with lots of red and black berries, while the taste is often characterized by black cherries, plum, blackberry, peppers and sweet spices.

The only red that survived the phylloxera and the only unique Hungarian red varietal. It is a light red wine, fruity, with lots of red berries and spicy character.  As such, it’s a perfect match for typical Hungarian paprika-laden dishes. If you try a chicken paprika in Hungary, this is the wine you want to drink it with! 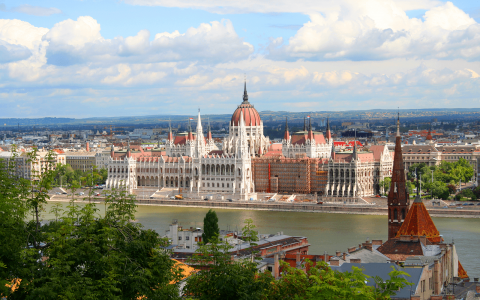 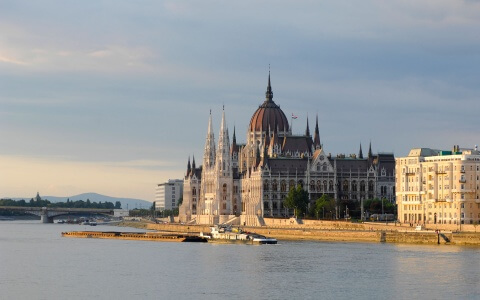