5 Reasons to Love
The Loire Valley

One of the classic destinations in France, known for its royal châteaux, it’s not hard for my travellers to fall in love with the relaxed and essential French way of life in my native region, the Loire Valley. The numerous countryside charms of the Loire make it one of the best places for a biking trip, especially if you are a first-time traveller. Let me count the ways…

Coming to the Loire Valley, don’t expect a lot of ‘change’ or anything cutting-edge or new like the Parisians prefer, where the latest fashions and trends are all the rage. This is the classic France of old, where a very important philosophy reigns supreme: here in the Loire, we subscribe to the idea of douceur de vivre. Translated directly, it means the ‘softness of life’. Perhaps this is the Loire equivalent to B&R’s philosophy of slowing down to see the world. Just like the gentle flow of the Loire River itself, we go with the flow (or hop on a traditional flat-bottomed gabarre), and enjoy the moment. No schedules, calendars, or deadlines: how novel in today’s world!

One of our favourite places for biking, the generally smooth riding in the Loire is not without its occasional climbs, all the better to work up an appetite for what’s to come, post-ride. With these country roads, you won’t see too many cars along the way, either; just pure pavement. (And, if the occasional car passes you, do note that we French are well-practiced at passing cyclists, giving you ample room; this is the home of the Tour de France, after all—we’re used to it).

If you’re here at the right time, the cheery yellow of sunflower fields contrasting with the stark white of distant châteaux, the blue sky above you, is just exhilarating. Unlike the bustle of other places, the camaraderie and the country riding allows you to bond with the people in your peloton along the way! 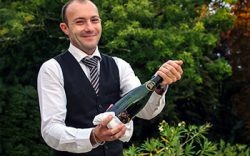 The Loire Valley is known for its fertile fields and its reputation as the ‘garden of France’, with everything growing here in abundance. With the freshest regional produce, simple is best, and classic French cuisine is something you can look forward to day after day; the many years we’ve spent making friends means dinner is with the very best regional chefs. (Indulging is encouraged: those hills will help you burn everything off the next day.)

Another thing I have to say about travelling here: in the French countryside, without the distractions of big cities and other goings-on, the very best part about your time in the Loire will be connecting with your travel companions, sharing your daily adventures, and simply enjoying the moment with good company. (Extensive toasts and cheers certainly enliven the mood and keep the conversation flowing).

As a good Frenchman, I certainly won’t forget to mention Loire Valley wine: thanks to the Romans, grapes have been cultivated here for more than two thousand years. From the famous Chinon to Chenin Blanc, still to absolutely sparkling, there are so many different wines that excel in taste, and in value, especially when compared to other regions in France. There’s incredible value and quality to be found here, good to know when stocking your cellar back home.

See just how sweet life is here! Our Loire Châteaux Biking trip allows you to take a romantic ride through history. Slum it with Richard the Lionheart, Joan of Arc, and Leonardo da Vinci, as you stay at not one, but two châteaux. You’ll feel like royalty at every turn.

On our Loire Valley Biking trip, we roll out the red carpet for you in the playground of French kings and queens past. Bike through the stunning countryside and take in the regal châteaux, ancient monuments and, of course, miles of verdant vines. 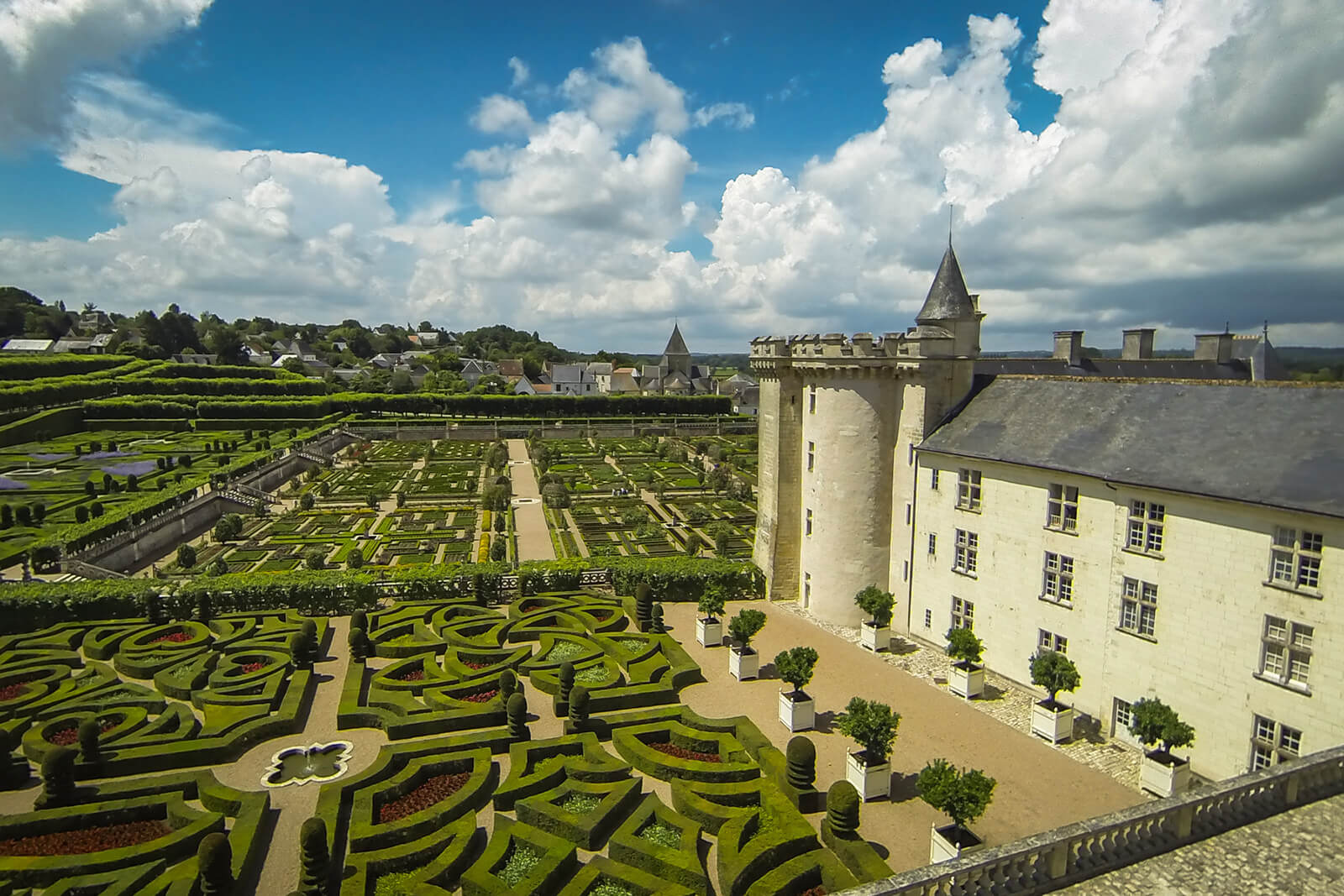 Stately Châteaux in the ‘Valley of the Kings’

A seat of power and a countryside retreat for the kings and queens of France, including Henry II and his wife Eleanor of Aquitaine and their son Richard Lionheart, the Loire Valley is where you’ll find some of the most famous châteaux in the world. A UNESCO World Heritage site, some of the most famous castles include Chambord, Chenonceau, Riveau, Chinon, Villandry, Blois…the list goes on. With over 300 castles and homes constructed magnificently in various styles ranging from renaissance to classical and Gothic, built out of the region’s typical limestone tuffeau, often adorned with spectacularly groomed gardens or forested former hunting grounds, château-chasing never gets old.

An important region where much of French history was written, the Loire Valley marked the border between the English and French as they clashed throughout the Hundred Years’ War (1337-1453). It is here where the young peasant turned warrior-saint, Joan of Arc, received a series of holy visions from the Archangel Michael, Saint Margaret, and Saint Catherine to support the Dauphin Charles VII in the ultimate goal of reclaiming France from the clutches of the English during the Siege of Orleans in 1429. Indeed, this late morale booster worked: the tide turned against the English, Charles VII was crowned the king of France.

Joan paid for her loyalty with her life. She was captured in 1429 by Burgundians, who were allied with the English. Transferred to English custody, a biased Bishop of Beauvais declared her guilty of various charges and she was burned at the stake in 1430, at the age of nineteen. In 1456, Pope Callixtus examined the charges, posthumously pronouncing Joan innocent and a martyr. The iconography of Joan continued, with the Catholic League using her as a symbol in the 16thC, and Napoleon Bonaparte declaring her a national symbol of France in 1803. Finally, in 1909, she was beatified and then canonized in 1920. Saint Joan of Arc is one of France’s nine patron saints, remaining a popular cultural figure to this day.