The Southwestern corner of Utah could well be among the most beautiful and varied regions in the world. With intricate cliffs and canyons, towers and mesas, and distinctive red sandstone contrasting against deep blue skies and distant mountain peaks, Utah’s Big 5 National Parks (also known as “the Mighty 5”) delight the senses and inspire an urge to explore. Below, I’ve highlighted a few of my favourite ways to explore this glorious landscape.

Arches National Park may not be the most creative name in the world, but it’s certainly apt: the park is home to the largest concentration of natural arches on earth. Begin at the famous Windows, with four amazing arches within a quarter-mile walk from the parking lot. Then move on to explore the contrasting colours and otherworldly formations, such as Balanced Rock, Fiery Furnace, and the Skyline Arch; set against the backdrop of the La Sal Mountains, the views will absolutely astound you. A hike through Devil’s Garden to visit seven of the best natural arches in the park is simply a must.

Get ready for a gorgeous ride through the Islands in the Sky district, featuring expansive views from sheer sandstone cliffs and canyons, as well as Mesa Arch (seen in the beautiful photo above), the Green River, and Upheaval Dome. But for the most unique perspective on the park, I recommend taking to the skies. Forty-five minutes from the park lies Moab airport, where you can embark on a scenic flight that will reveal the confluence of the Green and Colorado River, one of the most remote areas in the lower 48, often called “the Maze.” It’s also the perfect way to take in the Island in the Sky and other iconic features that can only be appreciated from above.

On our Utah Family Adventure fly, hike, cycle and explore one of the most naturally beautiful corners of the world. 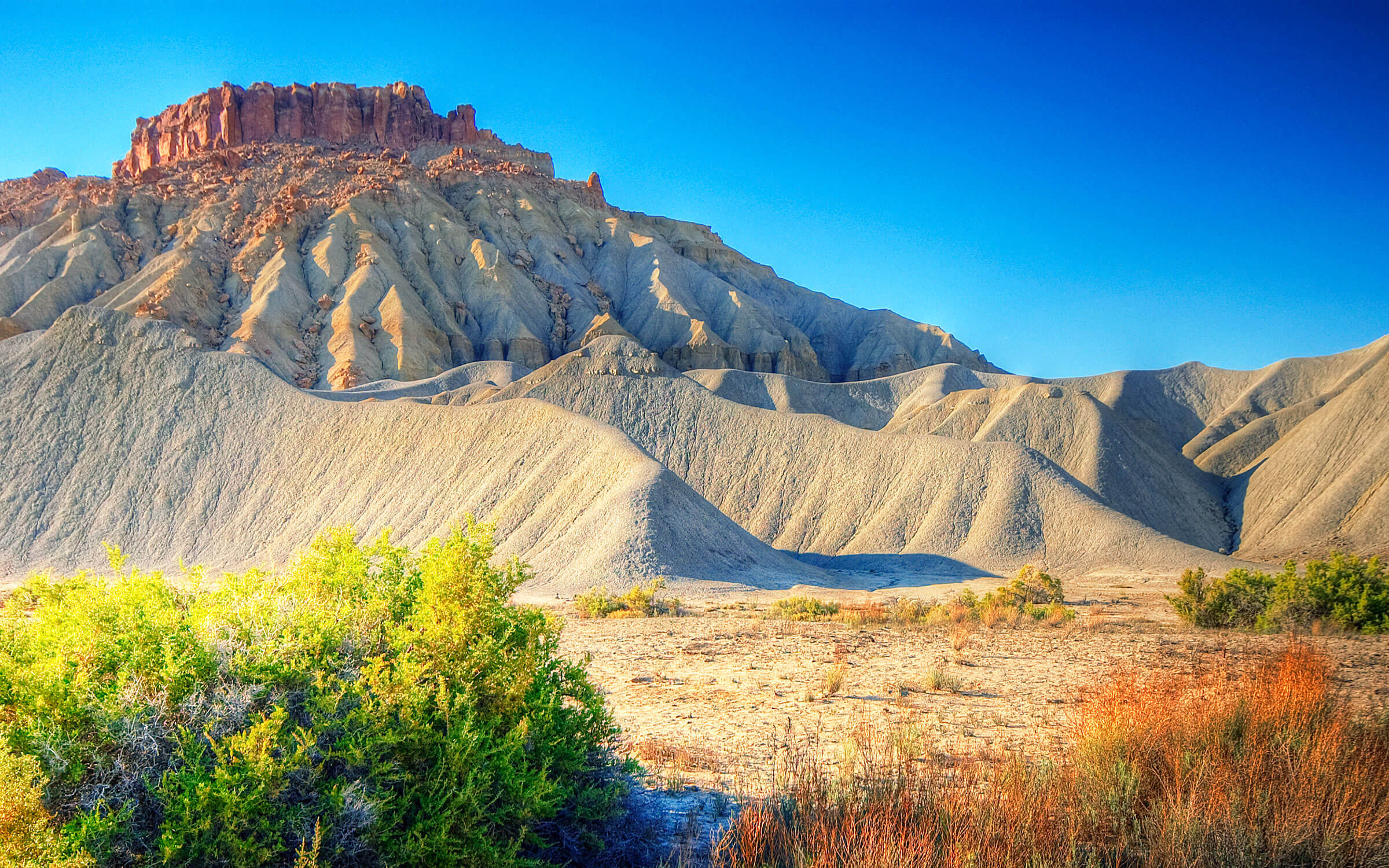 Here you can cycle the Scenic Drive road among the alternating bands of burgundy, grey, red, orange, and white, which create a rainbow of rock. Dry desert slopes and cliffs contrast with the lush green valley around the historical area of Fruita, where early Mormon pioneers settled. Making the three-mile hike to stand on top of Cassidy Arch, named after the famous Butch Cassidy, is a must for any fan of gorgeous views (and classic movies).

At Zion, saddle up for a classic ride to the Temple of Sinewava and the Virgin River Narrows. You can take a short walk to the river’s edge and cool your feet in the refreshing waters before completing the second half of the ride. Those looking to push themselves a bit can also hike the challenging Angel’s Landing. When Reverend Frederick Fisher first visited Zion Canyon in 1916, he was awestruck by the soaring elegance of the monolith and decided that its heights could be visited by angels alone. Park workers later designed a winding route that tops out 1,200 feet above the valley floor, with incredible views up and down the canyon.

I recommend getting an early start here to watch the fiery sunrise set Bryce Canyon ablaze with colour. Tinted with hues too numerous and subtle to name, these whimsically arranged rocks create a wondrous landscape of mazes. Go for a short hike to admire the multicoloured spires and hoodoos that make this place a must-see.